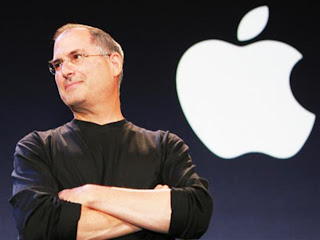 As Apple’s co-founder Steve Jobs bids adieu to an ipod/iphone/ipad/macbook crazed world, it brought to the fore how much technological innovation has touched the lives of millions, and become so important in this new dynamic global economy.  Jobs was a veritable trailblazer in innovation, with Apple products forever changing the way people interact with technology.
Apple now operates more than 300 retail stores in 11 countries. The company has sold more than 275 million iPods, 100 million iPhones and 25 million iPads worldwide. Jobs’ climb to the top was complete in summer 2011, when Apple listed more cash reserves than the U.S. Treasury (US$ 76 bn to the Treasury’s US$ 72 bn) and even briefly surpassed Exxon Mobil as the world’s most valuable company.
True, Steve Jobs was a tech titan, a once in a century kind of innovation genius. But neither he nor the Apple company could have done it alone. The key to innovation of this nature is that it is bolstered by a myriad of supporting structures – what is known as an ‘innovation system’.

The concept of a national innovation system is not new. Metcalfe (1995) writes that it is “a system of interconnected institutions to create, store and transfer the knowledge, skills and artifacts which define new technologies”. In practice, this is the network of universities, research centres, think tanks, firms, business associations, and more generally, producers and users of knowledge in the country. A forward-looking innovation system that supports knowledge-interaction and commercialization among various parties is critical for building a knowledge economy. If Sri Lanka is truly aspiring to be a knowledge-based economy hub, it needs to take the creation of an innovation culture and an innovation system much more seriously.
“S&T” and “R&D” are buzz phrases that are often heard in the discussion on how to propel growth by building an economy’s innovative capacity and driving high value exports.  The relationship between science and technology (S&T), research and development (R&D) and economic development is a strong one and has been well established in the literature. 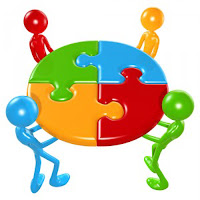 But innovation is distinct from just research. In fact, it need not result from it. Innovations come from the entrepreneurs who make them happen and ultimately depend on a society’s responsiveness and ability to transform research into something that adds value to people’s lives, to the economy. Innovation, therefore, is fundamentally a social process. An innovation system is made up of private and public organizations and actors that connect in various ways and bring together the technical, commercial, and financial competencies and inputs required for innovation. Fundamentally, innovations are carried out by entrepreneurs who exploit existing knowledge and technology to propose new products or practices and disseminate them. Government policy should act as the lubricant that helps this process along. So, looking at the business climate that fosters entrepreneurship becomes important – is the government giving the right signals on private entrepreneurship? Is the technology infrastructure in place? Are the requisite skill pools available? Are government licensing and other regulatory procedures business-friendly? – these need to be addressed.
Developing a robust innovation system in a country, requires a robust network consisting of government institutions, regulators, research institutes, universities, enterprises, consulting firms and professional/business groups. Once these networks are firmly in place, the next step is to then develop a productive nexus from this – essentially building an innovation system – strengthen the country’s innovative capabilities. The general underdevelopment of the individual components as well as this nexus in Sri Lanka is a symptom of the low priority given to S&T and R&D investment over the past several years, and will be a determinant of our competitiveness in the coming decades. According to the ICT think tank LirneAsia, Sri Lanka produced just 2.5 PhDs per year on average during 1991-2000 in 7 universities (Colombo – 5 per year and Peradeniya – 6 per year). Meanwhile, qualification levels of universities faculties remain poor, with 23% of Humanities and Social Science teachers having only a Bachelors degree and 33% having a Masters degree from the same university.
In its Five Year Strategy, the Ministry of Technology and Research states that “at present very few knowledge intensive companies and very little R&D that is required for innovation, is taking place in the private sector. On the other hand, most of the R&D undertaken by Sri Lankan scientists end up as mere publications in scientific journals with very few research outputs yielding a commercial product or a process. As such, the contribution of R&D to the growth of our GDP at present is negligible”.
As Figure 1 demonstrates, unlike in most developed countries where much of the R&D expenditure is by the private sector (over 65% in most cases), in Sri Lanka it is a mere 8%. The bulk of R&D expenditure in Sri Lanka is by the state sector (71%). This has strong implications on the rate of commercialization of research. 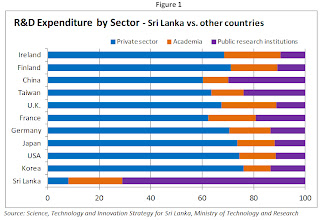 Innovation also means adaptation
Innovation as a concept doesn’t just mean the domestic development of cutting-edge scientific discoveries – say for example, Sri Lanka trying to develop a game-changing technology, but also the adaption and use of existing innovations for productive use in the local context. This balance needs to be struck in Sri Lanka. While we continue to drive new innovation, for example, through innovative PPP (private-public partnership) mechanisms like the SLINTEC, we need to cooperate more closely with technology champions in the world – from the world’s most innovative nation, the USA, or Europe’s innovation and technology champion, Germany, to Eastern technology giants like Japan, China, South Korea and even India.
Many developing countries like Sri Lanka have a long way to go before they can start creating world-changing, cutting-edge technologies. It will be some time before Asia sees the birth of its own Apple. But this does not mean that their development should not focus on creating an innovation culture. According to the report on ‘Building Sri Lanka’s Knowledge Economy’ (published by the World Bank in 2008), large rewards from technology accrue to those that adopt new technologies, adapt them, and make them productive in the local context. So, an innovation culture for developing countries like Sri Lanka must be understood as the building of a technical culture and a system of incentives that support the adoption and subsequent adaptation of existing (often foreign) technologies. The success of East Asian economies has also followed this pattern of first moving to existing best practices and then attempting to develop new technologies. 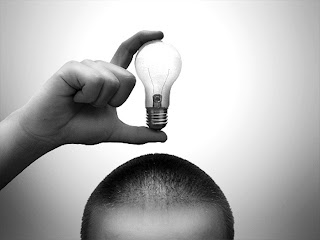 
Ministry of Technology and Research – http://www.motr.gov.lk/web/index.php?lang=en