Print this article
By Roshini Jayaweera (Research Officer – IPS)
In considering issues of poverty in Sri Lanka, Batticaloa is conspicuous as a district that requires particular attention. In addition to being identified as the country’s poorest district in 2009/10, it is also one of two districts for which poverty statistics actually increased between 2006/07 and 2009/10.1 According to the latest Household Income and Expenditure Survey (HIES) 2009/10 of the Department of Census and Statistics, the poverty rate in Batticaloa district was five-and-a-half times higher than that of the Colombo district – 20.3% vis-à-vis 3.6%. A major contributing factor to this is the low agricultural productivity which the district continues to experience. This is of particular concern given that the majority of Batticaloa’s residents are engaged in agriculture – especially paddy farming. This article, based on a survey conducted by the Institute of Policy Studies of Sri Lanka in 20112, shares some thoughts on why Batticaloa’s agricultural productivity is low and is, in turn, keeping its people who are engaged in agriculture poor. 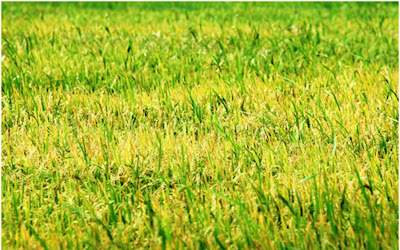 The survey focused on two of the poorer and more remote DS divisions out of 14 DS divisions in the Batticaloa district – Manmunai West (Vavunathivu) and Kiran. In the survey, 1,545 individuals surveyed were above 10 years of age, and of them 37% were employed – a statistic which features a larger proportion of men than women. Around 24% of individuals were students. Nearly 10.5% were unemployed, a percentage that is slightly higher than the district’s average unemployment rate of 7.4%.3
Youth unemployment is relatively high in these two remote DS divisions – 84% of the total unemployed population is less than 30 years old and 31% per cent of the population aged between 10 and 30 years are unemployed. So, clearly, attempts at reducing poverty in this district must focus on strategies to raise employment levels.
Many in Batticaloa are ‘working poor’
A key issue in this district is the persistence of poverty even among employed members of the population. The existence of this group of ‘working poor’ indicates that employment does not, of itself, guarantee an escape from poverty. So, in addition to lowering unemployment, poverty alleviation efforts must also consider the factors which constrain earnings among the working population of this district.
The three largest categories of employment in Batticaloa are agriculture (largely paddy farming), labour and market gardening (see Figure 1). Taken as a whole, 58% of workers are employed in the agriculture and fisheries sector. The majority of these workers are poor due to low incomes from employment. 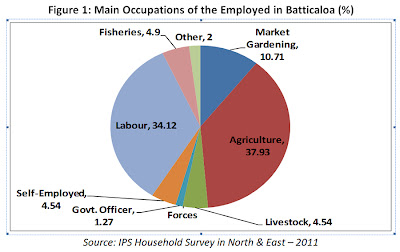 Low agri productivity – the blight of Batticaloa?
A main reason for the persistence of low incomes among this group of workers is low agricultural productivity. Batticaloa is ranked among the five districts which recorded the lowest productivity in paddy farming in the 2010/11 Maha season. Certainly, it may be argued that this is due in part to the severe floods experienced in this region in early 2011. However, although paddy productivity has been slightly higher in previous years (i.e., years unaffected by floods), it has still compared poorly with other districts even over time. For instance, Batticaloa recorded the seventh and ninth lowest levels of paddy productivity for the 2008/09 and 2007/08 Maha seasons, respectively.
Thus, it is clear that improving agricultural productivity is the key to transforming the agricultural sector in a manner that meets the challenges currently faced by the district. Consequently, it is important to identify the issues that continue to bar the expansion of agricultural production and incomes.
One of these is weather and other environmental issues. Among those surveyed, 33% of people were engaged in agricultural activities and they reported that this was a key issue for them. Of them, 44% have been the victims of flooding.4 Simultaneously, however, another 22% have suffered from drought. This odd combination would suggest that accelerating climate change may be a contributing factor to low productivity in the region. One of the best solutions to this is the introduction of short-age seed varieties, especially drought tolerant and flood resistant verities. Another possible solution is the development of the irrigation system and sound irrigation water management.
“2/3 of the cultivation areas have no irrigation facilities. Rain-fed farming can only be done during Maha season” – key informant, Vavunathiv
Attacks by wild animals are also a concern in Batticaloa’s agricultural sector. Nonetheless, measures to minimize the effect of this need to be taken not merely by the government but also by farmers themselves. The latter must take the necessary precautions to protect their farms by traditional methods. The government and Wildlife Department could then become involved only in cases where farmers are unable to protect themselves.
A second important issue which was reported as hindering the expansion of agricultural production is a lack of capital. Around 12% of farmers in the sample identified this as a constraint on productivity. Another 11% identified high input costs as a major concern. Given the links between the two (high input costs might be considered a consequence of capital shortages), it may be inferred that nearly 22% of farmers in this area face financial difficulties in their agricultural activities. This is mainly due to low incomes which in turn, as previously discussed, result from low productivity. 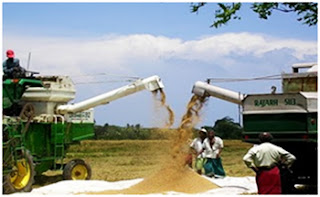 Many farmers in the Eastern Province are now keen to utilise higher technology techniques in their paddy fields. However, this equipment is expensive and requires easier access to credit.
http://ipslk.blogspot.com/2010/10/access-to-credit-critical-issue-for.html
“We do not need storage facilities as we have to sell our whole production to the moneylender from whom we borrowed money for the cultivation. We have to sell our products at a lower price to them immediately after harvesting, although the government is buying it at a higher price” – a farmer from Pudumandapathadi
Qualitative information gathered during the survey suggests that the issue is becoming increasingly severe, as most of these farmers also face credit constraints and cannot sell their products at higher prices in order to make larger profits. The low quality of these agricultural products also limits the price that farmers receive and, by extension, their ability to invest in capital. Most of these farmers are unable to sell their paddy to the government’s paddy-buying scheme because it does not meet the required quality standard.
A solution to these financial issues is microfinance. The results of the household survey show that currently, the most important financial sources in Batticaloa are government banks. NGOs, Community Based Organization (CBOs and moneylenders are equally ranked as the second most important financial source. Informal financial lending is high among selected households, mainly due to land ownership issues which give rise to a lack of collateral. Therefore, the availability of microfinance can go a long way in bridging this. Although many microfinance institutions already operate in these areas, and some government banks also engage in microfinance activity, greater awareness must be generated among the population on the availability of such schemes, as well as their benefits. At the time of conducting the survey, most of the villages in this area had an active producer organization or farmers’ organization. These could potentially be a useful medium through which financial institutions could reach the working poor.
A lack of access to inputs is a third obstacle faced by Batticaloa farmers. Insufficient access to seed paddy is a problem, which has become more severe as a result of the floods experienced in the region in early 2011. This contributes to the consistently poor quality of the paddy produced by farmers and, consequently, to the low prices received at the marketplace. 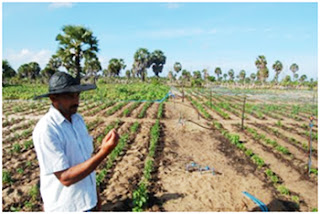 Visvalingam, a farmer in rural Batticaloa, installed a pilot micro-irrigation system on his vegetable plot in 2009, with UNIDO funding. He now earns Rs. 18,000 more a month due to higher yields and lower costs, after moving to better productivity technology for irrigation. Despite his optimism for the future, however, Visvalingam echoes the gripes of other farmers in the area, that getting micro loans from local banks is nearly impossible.
http://anushwij-photos.blogspot.com/2009/10/how-better-technology-is-helping-mr.html
“We get deceived when buying seed paddy” – A farmer from Mandapathadi
Access to crop insurance is also limited in Batticaloa. Additionally, a lack of market access and of infrastructure facilities (notably transportation) contributes to the phenomenon of the ‘working poor’ in this area.
Conclusion
Adverse weather and climatic changes, capital shortages, high cost of inputs, access to credit difficulties, and poor quality of output are affecting agricultural productivity in Batticaloa, and impacting on the incomes of the farmers in Batticaloa. Among these issues, capital shortage emerged as the most pressing issue that needs to be remedied.. Meanwhile, introducing short-age seed varieties, as well as drought tolerant and flood resistant seed varieties could help to overcome issues generated by climate change. For this, greater investment in agricultural research and development is critical. More access to microfinance is also required, to help ease financial constraints faced by the agricultural community. Developing agriculture-based rural entrepreneurship can also be a solution to the problem of seasonal unemployment among agricultural workers. Interventions such as these, particularly those that could improve agricultural productivity, have the potential to pull up the ‘working poor’ in Batticaloa out of poverty and ensure better living standards in the future.
The author acknowledges valuable inputs received from Dr Parakrama Samarathunga (Research Fellow –IPS) and Asha Gunawardena (Research Economist – IPS) in developing this article.
References
Tags: Agriculture Poverty
Related Articles