by Kithmina Hewage and Harini Weerasekera (Project Interns, IPS)
As Sri Lanka is on the cusp of a new economic era, the world economy could be on the cusp of a new economic slowdown. This article gives a quick snapshot of the current state of the world economy, particularly recapping the events of the past few weeks indicating the ongoing fragility of Western economies. In closing, it puts forward some issues for debate on the impact of these developments on Sri Lanka.
Although media debates on prospects of another serious economic meltdown continues apace, it is more apparent that, rather than the prospects of a serious collapse, it is the overall uncertainty and lack of confidence pervading these economies that are blighting the current global economic climate. At the outset of the financial year, the IMF and World Bank identified a possible phase of global economic recovery, which has failed to materialize thus far.

According to the latest IMF World Economic Outlook Update (June 2011), despite some ‘negative surprises’, global growth in Q1 of 2011 was around 4.3%. Further, although downside risks have been recognized, the latest IMF forecasts for the EU show upward revisions.  The update further remarks, that, “growth in the advanced economies is projected to average about 2.5% during 2011–12, slightly weaker than in the April 2011 World Economic Outlook. This would represent a modest deceleration from an average of about 3% in 2010”. US growth in Q1 of 2011 was only 0.4% with consumer spending at its weakest in 2 years. The Economist newspaper calls America’s outlook ‘grim’; statistical revisions have revealed a weaker than assumed recovery, and the odds of a ‘double dip’ recession to be as probable as 50%.(1) Over the past 6 months the US has grown at an annualized rate of merely 0.8%, which was well below expectations(2). The Bureau of Economic Analysis (BEA) revised US numbers through the recession, to reveal a downturn more severe that previously understood (3).
Several continuing challenges have had a significant influence on these original forecasts causing a reevaluation of the performance of the global economy.   Given the magnitude of debt and fiscal issues involved (as discussed below), particularly in the US and Euro Area, recovery from global recession will be tenuous and may take a fair amount of time, contrary to preceding expectations.
1. US ECONOMY: DEBT DEAL, RATINGS DOWNGRADE, AND STOCK MARKET REACTIONS
Following weeks of political maneuvering and distress calls from politicians and economists, the American political structure succeeded in agreeing on a debt deal that averted a US sovereign default, the first in the country’s history. Yet, just two days following the passing of the debt deal, indicating continued investor uncertainty, the New York Stock Exchange suffered severe losses. The Dow Jones Industrial Average plunged more than 500 points on the 4th of August, its ninth decline in 10 sessions. This is the Dow’s ninth-worst day ever; the worst being a 777-point drop in September 2008 following the Lehman Brothers collapse(4). 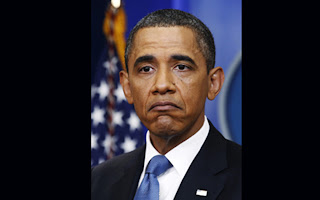 The end of day trading on Monday 08th August 2011, the first full day of trading after the downgrade of US credit rating, resulted in Wall Street’s worst day since 2008 and its performance has proven to have a resonating effect on Asian markets, triggering a global equity sell off. What should be noted though is that the negative turnover in the US market is not solely due to the debt deal or any single domestic matter, but rather a culmination of reasons pertaining to the economy in general and economic problems faced overseas, particularly in Europe.
AAA to AA+: An Unprecedented Fall, but Limited Global Impact?
The downgrading of the credit rating for the United States of America from an AAA to an AA+ rating by the US credit rating firm, Standard & Poor’s, dealt a severe public relations blow to the US, but hardly an indication of a possibility of US debt default.
Given that it is only S&P that has downgraded the US credit rating it could, if at all, add more fear and uncertainty to an already sluggish economic recovery, rather than result in a collapse of the economy itself.  It is important to understand that the ratings downgrade by S&P is more of a reflection of macroeconomic and political factors and not necessarily default risk. Ironically, it is interesting to note that following assurances made by the Federal Reserve on the 09th of August, 2011 the US stock market performed unexpectedly well – the best performance during the last two years. Moreover, US Treasury Bills suffered little from the ratings downgrade announcement, and global investors continue to park their money in them.
Moreover, the fact that it is in the interests of all to ensure that the dollar remains the reserve currency, also contributes to the fact that such a downgrade has limited global impact. Especially given that a potential drain away from US Treasuries will lead to significant losses to those who hold dollar reserves (such as China, the biggest holder), the international community seem to have taken particular interest to limit the global impact of a downgrade in US credit ratings. Essentially, there is no alternative to dollar as a reserve currency for now (especially in view of euro problems). Therefore, it has become a necessity that the dollar remains stable for the benefit of the global economy.
Investor Confidence: Business and Government
The problem for the US and European markets is not a lack of liquid cash available to major companies for investments, but a general lack of confidence in the market, more so, the government. Since the expansive stimulus packages that were effective since the height of the financial crisis in 2008, by choice or by necessity, a symbiotic relationship between the market and the government was created.  As such, today, both the stock market and the economy have become dependent on government support. With greater emphasis by policy makers on spending cuts, the markets are showcasing a growing sense of insecurity, as safety nets for companies are perceived to be shrinking. That creates worries about economic growth, hurting stocks and other risky assets that depend heavily on the economy. (5)

2. EU ECONOMY: EURO AT RISK?
While the recovery of the American economy has been sluggish, the global economic situation is compounded by concerns surrounding the debt crisis in European economies. A string of fiscal crises in Greece, Portugal and Ireland (less prominent of late) have fuelled fears of a collapse of the Euro Zone (Greece being the hardest hit economy by the financial crisis, with revenues falling 15% in 2009). Following crises in these countries, and a re-emergence of concerns in May this year regarding Greek debt refinancing and austerity measures taken to counteract it, Europe is now faced with the new possibility of dealing with a separate debt crisis involving Italy and Spain.
In the EU, especially in countries where sovereign debt has increased sharply due to bank bailouts, a crisis of confidence has emerged with the widening of bond yield spreads and risk insurance on credit default swaps between these countries and other EU members, most importantly Germany.(6)
Italy and Spain
The matter seems to have culminated into greater insecurities with financial tensions rising in both in Italy and Spain with an ever increasing level of public debt in both countries. This has in turn fuelled worries of default and another potential bail out with the assistance of the economically stronger nations in the region, i.e., Germany and France. On a brighter note though, both Italy and Spain have taken proactive initiatives to address financial issues pertaining to their respective country, thereby somewhat reducing this risk.
Response by the European Central Bank (ECB)
Given insecurities regarding the ‘PIIGS’ economies (Portugal, Italy, Ireland, Greece, Spain), there is a growing call for proactive measures by the ECB in order to stabilize the situation. Saddled with large public debt and high, and potentially unsustainable, debt-to-GDP ratios, fiscal reforms regulated and centralized through this European body may become a necessity.
The expansion of the SMP (Securities Markets Programme) to include bonds of Spain and Italy by the European Central Bank (ECB) is also seen as a positive step in reassuring all those involved. The SMP along with the European Financial Stability Facility (EFSF) are essentially designed to get the Euro through the crisis so that fiscal reform can take place in a more orderly fashion.(7)
However, albeit such intervention may be a temporary fix, it is not the cure for the problem. The argument holds that the only way to prevent a complete breakdown of the Euro is by stronger AAA rated economies in the Euro zone such as Germany stepping forward, risking their own credit, in order to refinance loans at reasonable interest rates for the likes of Spain and Italy. It is however, a role Germany is eager to avoid and unwilling to accept, with the consequences mounting as it prolongs such efforts.
3. SRI LANKAN ECONOMY: WHAT ARE THE EMERGING ISSUES?
Sri Lanka is a small open economy dependent on its trade integration with the world economy. As Sri Lanka is on the cusp of a new economic era, the world economy could be on the cusp of a new economic slowdown.
Yet, it may not be necessary to revise Sri Lanka’s growth forecasts for this year despite these concerns, as much of the current growth is being driven less by exports, rather, more by domestic stimulus – heavy infrastructure spending.
No doubt, Sri Lanka’s exports are likely to be adversely affected, particularly as the bulk of the country’s exports are to the very markets that are currently in limbo. Rethinking Sri Lanka’s export destination concentration is an urgent need. For decades now, Sri Lanka has relied on Western markets for its export earnings.  For much of the last decade, the bulk of Sri Lankan exports (ranging from 55 to 60%) have been to the US and EU. In 2010, 21% of total exports were to the US (8) and 35% of total exports were to EU countries (UK-12%, Germany-5%, other EU countries-13% (9)). However, with the weak recovery, sluggish consumer spending, depressed job market, woes due to austerity measures (mainly in Europe), Sri Lankan exports to these markets are under severe stress. The case for developing stronger trade ties with apparently healthier economies of Asia couldn’t be stronger, also given that it constitutes for a large share of FDI flows and other development finance to the country. India and China are growing, along with East and South East Asia; but currently account for only around 16% of Sri Lanka’s total exports (10).
Sri Lanka has been increasingly losing its global export share over the last few years, having a comparatively weak export performance globally. In the backdrop of weak consumer demand in our key markets, is it likely that this situation would worsen? In the medium term, the outlook for the US and EU is, therefore, decisive. Improving our export performance, and thus our export earnings, becomes an added imperative in the context of increased borrowings from international debt capital markets, which means the need to service growing external debt service obligations.
Among the possible impacts on Sri Lanka resulting from the fragile economic health in the West as discussed in this article, here are some important issues for debate:
What are your thoughts on how these issues will pan out?
References
Tags: International
Related Articles