Pulling Ourselves Up: Taxation, Development, and Away from Aid

Guest Article by Prof. Mick Moore*
Institute of Development Studies (IDS), University of Sussex, UK
In our first guest article on ‘Talking Economics’, British political-economist and taxation specialist, Prof. Mick Moore, argues that, as developing countries strive to move away from their dependence on foreign aid, the discussion on the role of tax in development is getting renewed attention. ‘Taxation’ is being increasingly seen not purely as a technical fiscal topic, but also in the context of broader imperatives of governance, accountability, and state-building. 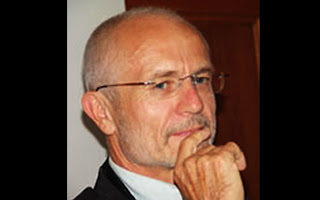 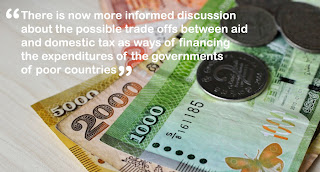 Third, a number of academics specialising in development began to argue, especially on the basis of comparative historical experiences, that governments that were not financed principally from broad general taxation – but rather from aid or natural resource revenues – were unlikely to govern well. Taxation does not serve simply to raise revenue. It also has state-building dimensions. (See D. Brautigam et al., eds., Taxation and State-Building in Developing Countries, 2008).
African Tax Authorities: Surprisingly Exemplar
Finally, and most recently, there is emerging from Anglophone Africa in particular something of professional movement among senior tax administrators animated by this notion that good tax policy and administration can help build states and nations, and by a mission to end aid dependence. This movement has two tangible historical roots. The first is in South Africa. Tax is one of the success stories of post-Apartheid governments. The African National Congress set out to raise more revenue to finance what it often termed the ‘social debt’ of Apartheid – a legacy of poor education, bad housing and deficient health facilities. The South African Revenue Service (SARS), strongly directed from the top by senior members of the African National Congress, became a hive of institutional experimentation and innovation. Many senior posts were filled by new recruits from the private sector. The strategy was to identify the best tax practices from around the world, and adapt them to South Africa. SARS met its revenue targets, and became an inspiration for much of Africa. There were willing learners. The economic crises and stagnation that affected much of Africa from around 1970 until recently prepared the ground for some major reforms in tax administration from the 1990s onwards. In most Anglophone African countries, responsibility for tax collection has been taken away from ministries of finance and lodged in new, partially autonomous revenue authorities. In some cases, there were large scale dismissals of existing staff and fresh recruitment. This change coincided with the large scale adoption of digital information technology that has the capacity radically to improve almost every dimension of the tax business. Many senior staff has been recruited from the private sector.
While no African country can match South Africa’s record, there is a strong sense of collective achievement, and of being on the right side of history. Senior tax administrators recruited from the private sector tend to be more articulate and more willing to speak out than career public servants. This is reflected in the establishment in a well-funded new pan-African professional association, the African Tax Administration Forum (ATAF – http://www.ataftax.net/). State-building was the theme of the conference held in Pretoria in 2008 where the decision to create ATAF was taken. The South African Revenue Service currently provides secretariat facilities for ATAF, and the Commissioner-General of the South African Revenue Service was elected as the first Chair of the ATAF Council. He also co-Chairs the OECD’s Informal Task Force on Tax and Development, and thus has a very direct influence on the international policy debate.
‘Tax and development’ is very much on the agenda, not purely as a technical fiscal topic, but also as a dimension of broader concerns about governance, accountability and state-building. The debate is animated by an optimistic sense of movement, progress and mission, not by pessimism about threatening or intractable problems. And Africa, for once, is in the lead.
*Prof. Mick Moore is currently Professorial Fellow at the Institute for Development Studies (IDS), University of Sussex, and is also the founding Chief Executive Officer of the new International Centre for Tax and Development (ICTD) based at the IDS. Mick has done extensive field research in Asia and Africa, especially Sri Lanka, Taiwan and India. He has taught at the Massachusetts Institute of Technology, USA. His focus research and policy input areas include taxation, governance; politics and power; state capacity; and public policy. He has written extensively in international journals and other publications worldwide.
The IPS is collaborating with the ICTD to organise an ‘International Conference on Taxation, Governance and Development’ in November this year.
Tags: Governance International Taxation
Related Articles