Key Perspectives by Dr. Anura Ekanayake – Immediate Past Chairman of the Ceylon Chamber of Commerce and IPS Governing Board Member
By Anushka Wijesinha, Research Economist – IPS
In this blog post, we bring to you some key quotes from the speech by Dr. Anura Ekanayake, member of the board of governors of the IPS and the outgoing Chairman of the country’s premier private sector body, the Ceylon Chamber of Commerce (CCC), at its Annual General Meeting last week, on the 28th of July. His comments were timely and relevant, leaving some important thoughts on post-conflict economic recovery and the role of the government and the private sector. 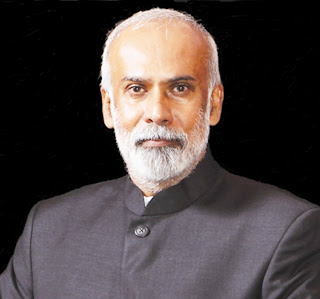 A key statement he made, on the role of the private sector in driving Sri Lanka’s post-war growth agenda, was:
“We cannot leave all this to the government to achieve on its own. After all, over 80% of the national output, a similar percentage of investment, 75% of employment and over 95% of exports come from the private sector”.
He stressed the need for a proactive and productive engagement between government and business:
“What I am proposing is an approach where, we continue to ask the government for facilitation, but, by first taking the initiative to actively demonstrate what is indeed possible. Let us then tell the authorities, ‘see what we have done, now help us to do more’”
We created a ‘wordle’ (using the online tool available at www.wordle.net) of Dr. Ekanayake’s full speech, capturing key words and highlighting them according to the frequency with which they featured in his speech. This is displayed below. This is followed by some key quotes that we thought ought to be shared with the ‘Talking Economics’ audience. 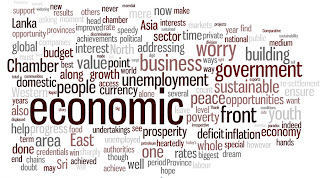