Role of the State in Socio-Economic Development: Some Issues to Consider for Sri Lanka 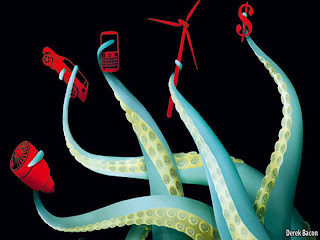 ‘The Economist’ of March 19th 2011 carried an article titled “Taming Leviathan: A Special Report on the Future of the State” (http://www.economist.com/node/18359896). We draw on selected policy issues highlighted in that article, in the specific context of the state and socio-economic development challenges in Sri Lanka. This piece flags crucial public policy concerns surrounding the evolving role of the state, with the aim to stimulate an informed debate, and help begin to identify strategic solutions to bridge the gap between ‘policy rhetoric’ and ‘implementation’. The issues highlighted do not place onus on a particular regime in Sri Lanka, past or present; rather, they are relevant to the practice of governance of successive regimes over the years.
Moving from ‘Leviathan’ to ‘Embedded Autonomy’
The term “Leviathan” originates from a piece on the structure of society and governance written in 1651 by Thomas Hobbes, one of history’s well-known commentators of political thought, where he prescribes a strong state and centralized decision-making whilst rejecting the notion of ‘separation of powers’. Since Hobbes prescription centuries ago, political thinking has evolved dramatically. The division of powers is now a fundamental principle of governance in most modern day states, including Sri Lanka. Moreover, the trajectory of development shows that the pattern of centralized state-led decision-making is not ubiquitous.  Ebbs and flows in the state’s role in economic development are reflected in the cyclical waves of nationalization and privatization evidenced in countries throughout the world, including Sri Lanka.

At a more fundamental level, international and domestic policy experience demonstrates the futility of expecting a full dichotomization of states and markets. As described in what the eminent sociologist and political scientist Peter Evans terms ‘Embedded Autonomy’ in a book on states and industrial transformation published in 1995, the state and society are ‘inextricably bound’. This thinking is also reflected in the writings of renowned scholars such as Robert Wade, Ha-Joon Chang and Charles Wolf Jr., to cite a few. What this means in the context of reforms is that the nature of state-society connectedness and meshed networks influence policy inputs, the dynamics of the policy-making process and policy outcomes; and, that government failures are as real and can be as disruptive as market failures.  Similarly, “labels” such as welfare state (Bismarck), developmental state (Chalmers Johnson), regulatory state (Giandomenico Majone), post-bureaucratic state (Tony Blair), etc., must be seen in their broader context. Most often, all these incarnations of the state co-exist in the same jurisdiction at the same point in time. Pigeonholing the state into one dimension eschews a holistic understanding of the socio-economic and political institutions that shape the development process. What would be more useful in terms of inclusive and sustainable development is to view the policy process as an outcome of strategic and dynamic interactions amongst several key stakeholders/interest groups, whether in the public or private sphere. Moving the loci of decision-making from the state to broader socio-economic and political networks – what the public policy literature terms ‘the policy space’ and what Peter Evans terms ‘embedded autonomy’ – is crucial for participatory development.
A First Look at the Issues to Consider
What is apparent is that Sri Lanka has a unique opportunity to ride the wave of optimism, seize the moment and make the vision – ‘Sri Lanka: The Emerging Wonder of Asia’ – happen.

Any change creates winners and losers. As evidenced in the examples from countries ranging from the United States and the United Kingdom to China, Singapore and Brazil set out in the piece from ‘The Economist’ – reforms inherently pose challenges. Policy makers are forced to make political economy trade-offs and strategic choices in a world where first-best solutions are hard to come by and are often politically tricky. Perceptions matter in public policy. This brings us back to the crux of this blog article: what is required of the state in post-war Sri Lanka; what does reshaping the state mean in the context of the socio-economic development imperatives in the country; and, what are the crucial public policy concerns that need to be addressed to seize the moment and bridge the gap between policy rhetoric and reality?

Malathy Knight was a Research Fellow and Head of Industry and Enterprise Development Policy Research at the IPS. Her research interests include institutional economics, privatization/public enterprise reform, competition and regulatory policy, industrial policy, economics of infrastructure, telecommunications reforms and regulation, governance/regulatory governance and the political economy of reform and she has published extensively in these areas both locally and internationally.