WORLD ECONOMY HEALTH CHECK: Prospects and Challenges in 2011, and Implications for Sri Lanka

The global economy is transitioning from a ‘bounce back’ phase of recovery into a slower but apparently sustainable period of growth. According to the IMF’s World Economic Outlook (WEO) Update (January 2011) and the World Bank’s Global Economic Prospects (GEP) Report 2011, global GDP is projected to grow at a markedly slower pace in 2011 compared to 2010. In 2012, growth is projected to pick up slightly once the drag on economic activity in high income economies, caused by restructuring, somewhat eases.

This post takes a bird’s-eye view of the prospects for the global economy in 2011, takes a quick ‘health check’ of Sri Lanka’s two main export markets, flags some challenges to stability to look out for, and concludes with overall implications for the domestic economy.

US – Slow but steady 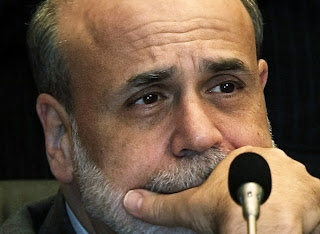 The US economy is to expect continued, gradual recovery this year, according to the IMF, and a projected 2011 growth rate of 3% (higher than the 2.3% that was forecasted in October 2010). Weak recovery in the US is being attributed to the persistently high rates of unemployment and long unemployment duration. In December 2010, the unemployment rate stood at 9.4%, and has hovered in the 9-10% region for nearly 2 years. Frustration at the poor labour market performance is also reflected in the weak consumer confidence. The Consumer Confidence Index (compiled by The Conference Board1) dropped to an all-time low of 53.3 in December 2010. However, there are signs of improvement in 2011. The Consumer Confidence Index rose to 60.6 in January. Unemployment fell marginally to 9% in January, but the number of jobs created, 36,000, was far below the projected 140,000.
The IMF has also warned that the high household savings rate, which had risen from the pre-crisis rate of about 2.5% to around 6% in 2010, aggravated by weak labour market conditions, has led to a continued drag on consumption.
In 2011, the household savings rate in high-income countries could decrease as a result of cyclical improvements in the year. However, this is likely to be offset by an increase in public savings (fiscal tightening), as well as the tendency for private savings to rise again (attracted by higher interest rates due to fiscal stimulus drawback).
EU – Gloomy outlook
In the EU, the economic outlook appears damper. Based on IMF figures, the EU is projected to grow by 1.7% this year – no change from the 2010 growth rate. The unemployment rate in the EU was 9.6% in November 2010, up from 9.4% a year earlier, as reported by Eurostat. Spain recorded the highest rate of unemployment of 20.6% with Greece recording the highest increases in unemployment from 9.7% to 12.9% between the third quarters of 2009 and 2010. 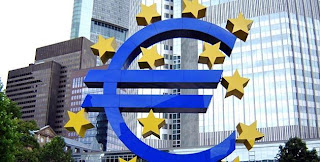 The sovereign debt crisis which shook the region since early 2010 only worsened the conditions of a still weak financial system. Triggered by Greece’s public debt problems, the crisis has spread through much of the Euro area, with the exception of Germany which appears to be fundamentally stronger and recovering well. Although policy efforts have helped to contain the problem, real GDP levels remain well below their pre-crisis levels and recovery is much slower than in the US. Greece, Portugal and Spain, three of the most badly-hit economies, are set to experience lagging growth in 2011, between -2.6% and 0.7%, according to the IMF. With severe public debt challenges, Portugal and Spain have both recently gone for sovereign bond issues to bridge fiscal deficits. However, the low investor confidence in the ability of these economies to reign in fiscal decay has been reflected in the unusually high interest rates that these bonds settled at.
European consumer confidence has dropped in January 2011, reaching the lowest level since August 2010. Although investor confidence has also taken a dip and market jitters continue, the World Bank states that it will have limited impacts on the real economy, as was the case in May 2010 when the first spell of market jitters about sovereign debt arose. However, the Bank does caution that albeit the limited impacts on the region so far, “the consequences of a disorderly resolution to European fiscal tensions” would be a significant reason for uncertainty among developing countries, especially those with close trading and financial ties with the economies concerned.
Asia – Era of ‘two-speed growth’
Asia, too, is expected to experience slower growth in 2011 owing to the slow pace of recovery in developed countries, but there is already evidence of ‘two speed growth’ taking root. In its WEO Update, the IMF forecasts growth of developed economies to stagnate at 2.5%, while growth in Asia-Pacific developing economies is predicted at 8.4% this year (compared to a high of 9.3% in 2010). Asian growth champions, China and India, boasting a high level of domestic demand, are predicted to grow strongly in 2011 at 9.6% and 8.4% respectively. However, as a result of lacklustre growth in the developed economies, export-dependent economies in Asia will no doubt feel the effects of a global trade slowdown. As the US and EU recover from the global economic crisis, their medium-term policies appear to be dominated by the rebalancing of their public accounts and general macroeconomic management.
Challenges to Stability
Hot money flows 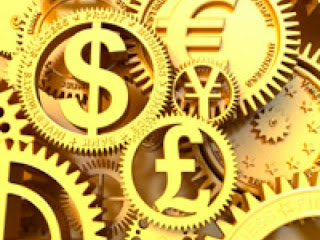