Guarding What is Ours: The TRIPs Agreement and the Protection of Plant Varieties in Sri Lanka 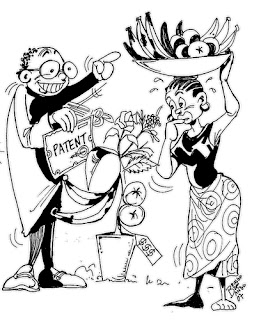 Imperative for Developing Countries
The biological and genetic materials found in different animals, plants and micro organisms were initially recognized as a common property of human kind and were freely exchanged between countries. This situation started to change with globalization and privatization of plant varieties. In the recent past, the demand for private ownership of plant varieties increased rapidly due to the global move for privatization of biodiversity. Many developed countries, and indeed large enterprises, increasingly want to control these resources for commercial purposes. In most developing countries, the inherent biological resources have not been registered or documented systematically or thoroughly. As globalization spreads far and wide, the bio-diversity and the traditional knowledge, skills and technologies possessed by the local farmers in developing these varieties are critically threatened. Multinational Corporations (MNCs) have engaged in ‘bio-piracy’ of developing countries’ vital genetic resources and the associated traditional knowledge to extract patent rights for them in their own countries. In this process, developing countries are continuously denied of the benefits which legitimately belong to them. Most of these countries have faced several difficulties in protecting plant varieties from the developed world, and much of this is attributable to the lack of a robust and comprehensive system of rules and regulations governing this field.

WTO was the first ever international organization which looked at trade in ‘ideas’ and provided necessary recognition to Intellectual Property Rights (IPRs). The agreement on Trade Related Aspects of Intellectual Property Rights (TRIPs), signed in 1994, is the most important international instrument ever negotiated on IPRs. It establishes minimum universal standards concerning patents, copyrights, trademarks, industrial designs, geographical indications, integrated circuits, and undisclosed information (trade secrets). Being a member of the WTO, Sri Lanka’s IPR regime needs to be in conformity with the TRIPs Agreement.

The most relevant section in the TRIPs Agreement with regard to plant varieties is Section 5, Article 27 titled “Patentable Subject Matter”. According to this article, “patent shall be available for any invention, whether product or process in all fields of technology, provided that they are new, involves an inventive step and are capable of industrial application”. The key element of the TRIPs Agreement relevant to the agricultural sector is the requirement for WTO members to make patents available for any inventions in the sector and it provides three options for the member countries.

According to the Agreement, Sri Lanka had to provide legal protection to plant varieties via patents or by an effective sui generis system or by both by 2006.

Sri Lanka has very limited regulations to protect plant varieties. Some existing legislation, many of which were passed decades ago, includes the Fauna and Flora Protection Ordinance (Amendment) Act No. 49 of 1993, Forest Ordinance as amended in 1995, Plant Protection Act No. 35 of 1999, etc. Most of these Acts and Ordinances provide physical protection for natural resources, but a key missing element are specific laws protecting plant genetic resources. More recently, Sri Lanka has ratified international conventions regarding plant varieties, for example, the UN Convention on Biological Diversity (CBD).

A Bill on Protection of New Plant Varieties (Plant Breeders’ Rights) was drafted in 2001 but it still remains a Bill, where several arguments were raised by different stakeholders on the understanding of traditional varieties, varieties bred by the Department of Agriculture (DOA), varieties bred by other enterprises etc., in the Bill.

Due to delays in establishing robust rules and regulations to comply with the TRIPs Agreement, Sri Lanka’s agricultural sector has faced several difficulties especially in international trade. It has also lost a number of lucrative opportunities to use its own plant varieties for commercial as well as health benefits due to the loss of patentability. The case of Kothalahibutu (Salacia Reticulate) is a clear example of this. Sri Lanka lost the opportunity to gain patent rights to utilize this plant variety and produce medicinal products, and it instead went to Japan due to lack of legal protection for plant varieties and also due to lack of interest and unawareness of the general public. The patent granted to the Japanese company prevents future generations of Sri Lanka from using and producing similar drugs. It was identified that by the year 1985, twelve plants of Sri Lanka were patented in Japan. Among these are Snake Gourd (Trichosanthis Krilowii), Bitter Gourd (Momodica Chatantia), and Kekatiya (Aponnogeton Crispus).

The issues relating to protection of plant varieties in Sri Lanka arise basically due to four reasons.
• Lack of awareness and knowledge
• Lack of laws and policies or the deficiencies contained within them
• Improper enforcement of available laws
• Malpractices at grass root level

There are inter-linkages between these issues which affect effective implementation of rules and regulations, and providing a solution for one problem will in effect help address other issues. As an initial step, it is essential to keep the general public aware of these issues and need to update them as they can make a voice to the government. Simultaneously, it is important to have a separate unit or an institute to monitor and evaluate the protection of plant varieties and to issue patent certificates. This institute should comprise of legal professionals, economists, biologists, researchers, specialists in areas of agriculture, natural resources, trade, etc. The TRIPs Agreement provides flexibility in deciding the suitable protection method by considering a country’s agricultural economy and future objectives. Globally, a few developed countries which have advanced financial and technological capabilities provide protection for plant varieties by the sui generis system* as well as through patents. However, most of the developing countries provide only the sui generis system for plant varieties. Considering Sri Lanka’s immense biodiversity and indigenous knowledge of farmers in improving plant varieties, and the country’s financial and technological capacities it is evidentthat the sui generis system would be the most appropriate method for protecting plant varieties in the country. Finally, it is important to identify the factors which delay in implementing the draft Bill on protection of new plant varieties and provide necessary arrangements to implement it without any further delay.

*Sui generis is defined as the event, situation, action material, person, entity or any such things which are clearly ascertainable and are unique of its kind. For example, Eiffel Tower.. It means unique or its own, which means that a country can have its own system independent of other existing systems.