IPS research staff held an in-house discussion last week on the various proposals forwarded by the Budget 2011. This is the first in a series of posts containing some preliminary observations of the IPS researchers, and discusses the proposed reforms in social security. 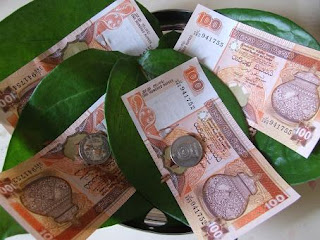 The need to provide old age income security to all (at present, only public sector workers have access to an adequate retirement income) was a long felt need in the country and had been often highlighted by researchers as an important issue. Therefore, the new proposals on social security contained in Budget 2011 are a movement in the right direction. This post, however, aims to flag some key areas, particularly on programme design and implementation, which need further clarification and specification.

On the proposed Employees’ Pension Fund, some issues arising are:

– What would the benefit structure be like? Would a 4% contribution over ten years give a replacement income/adequate benefits after retirement?

On the proposed Overseas Employees’ Pension Fund (OEPF), some issues arising are:

– The stipulated contribution is stated as LKR 12,000 p.a in nominal terms (for a minimum of 2 years). Specifying contributory amounts in nominal terms will not result in pension schemes that are sustainable. Perhaps they should be defined in relation to the poverty line, indexed to inflation, or adjusted in a similar, systematic way. Moreover, the benefit amounts, as well as the authority which will administer these funds are not specified.

– Given that returning migrant workers may enter the unorganised private sector, it may be worthwhile considering whether they should be included within the broader informal sector pension scheme discussed below, rather than a separate OEPF which is solely for migrant workers.

On the proposed Citizen’s Pension and Insurance Fund (CPIF), the issues arising are:

Social security for the informal sector has been a crucial issue up to now, and this proposal is certainly a welcome one. Currently, there are only a few programmes for the unorganised sector – for example, for fishermen, farmers and self-employed. Merging and streamlining various existing (occupation-wise) schemes is welcome, as those were complicated to administer.

The coverage of the current programmes is very low. An IPS (2007) study reported that out of the eligible population, effective coverage for farmers and self-employed schemes is below 20%, and for fishermen it is about 40%(1).

One of the key reasons for the low effective rates of coverage has been the contributory nature of these schemes. Most of the poor are in the informal sector. Would they be able to make continuous contributions? Payment defaults under the existing schemes have resulted in people being ineligible for the pension.

– It is yet to be clarified if this is a compulsory scheme or optional? If purely contributory, is there a risk of the size of the fund being less reliable? Furthermore, given the contributory nature, and as such inflows being less consistent, it is essential that a sound administrative mechanism is in place to record all contributions.

– Individuals covered under this scheme should only be permitted to withdraw upon retirement and not at any point earlier, as that may create adverse selection, and consequently a weakening of the overall fund. Additionally, it needs to be specified if individuals are given the option to select between withdrawing the lump sum upon retirement, or go with the pension scheme. If individuals lack confidence in the ability of the pension scheme to provide a stable and consistent replacement income, they may prefer to withdraw the lump sum and invest it.

– What will the investment portfolio of the Pension Fund be? Some quarters have criticized that already existing pension funds like EPF have a poor investment performance. To gain the people’s trust, the fund should guarantee a return that is at least equal to a contemporary government bond (over the medium term).

– A large number of housewives are not eligible for any pension scheme. Can they too contribute towards the CPIF? Are they eligible for the citizen’s scheme?

– While merging would make awareness creation easier, the outreach efforts need to be coupled with improved capacity of the administration to deal with the increased demand. Field research revealed that one programme had been negatively affected following strong awareness creation due to the lack of administrative capacity to cater to the increased demand. There also needs to be improved mechanisms of issuing policy certificates to the people covered under the fund.

– Overall, the government contribution component is essential for the success and sustainability of the proposed pension programmes, and especially in order to ensure the fund reaches a critical mass. The Budget speech does mention that the government is to make contributions to this scheme. However, it must be noted that administrations over the years have not been able to refinance earlier schemes to the extent promised. In several schemes, the funding for anticipated shortfalls had not come form the government in a timely and adequate manner. This has been highlighted in a previous IPS (2003) study, ‘Assessment of the Pension and Social Security Benefit Scheme for the Self-Employed Persons in Sri Lanka'(2).

A key benefit of this merged CIPF, over its occupation-specific predecessors, is that it allows for informal sector workers to move between occupations, without having to administratively shift from one scheme to another. For example, under the previous schemes, an individual moving from farming to other self-employment would have to exit from the specific farmer’s pension scheme to a general self-employment one. However, under the proposed CIPF it is expected that the administrative burden for both the authorities and the individual of such mobility is greatly reduced.

Food security for the vulnerable

The budget has proposed separate schemes for different vulnerable groups. It proposes to increase the monthly allowance for the elderly, handicapped, victims of conflict, vulnerable poor, disabled children, disabled breadwinners, and elderly in Samurdhi families. These are all positive measures, but is contingent on adequate funds being available (i.e., government revenue position improving), and effective design and administration.

In addition, Budget 2011 proposes to issue ‘food security cards’ for the low income households through Samurdhi. At present, part of the Samurdhi grant is allocated for food needs.

Therefore, it is not clear whether the proposed ‘food security card’ is part of the already existing Samurdhi grant or whether it is a new scheme in addition to it. Clarification is also required on whether the allocation would increase the existing benefit or not, as many contend that the present Samurdhi household benefit is inadequate. The same applies to the benefits granted to other specific vulnerable groups. Improving targeting is a key solution to free up more funds, and grant higher benefits per household.

Overall, however, prima facie it appears that the food security card system may ensure that the vulnerable are protected from food price fluctuations, unlike nominal grants for food needs.