IPS research staff held an in-house discussion last week on the various proposals forwarded by the Budget 2011. This is the second in a series of posts containing some preliminary observations of the IPS researchers, and discusses the proposed tax changes in the telecommunications sector. 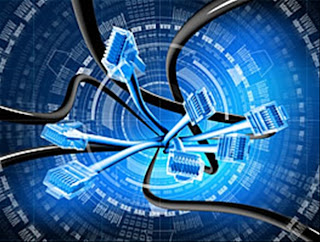 20% Telecommunications Levy
The Budget 2011 has proposed to “combine taxes applicable to this sector and to impose a Telecommunications Levy of 20% on telecom services”. For the mobile telephony sector, this replaces the numerous taxes previously applicable – Nation Building Tax (NBT), Value Added Tax (VAT), Environment Conservation Levy (ECL), and Cellular Mobile Subscriber Levy (CMSL); (the ECL and CMSL are to be abolished). The clear positive outcome emerging from this is that the taxes on mobile phone usage have been rationalised and streamlined. Industry analysts have pointed out that, as a result, the effective tax rate on mobile phone usage has fallen from 31% to 24%.
It also appears, prima facie, that although the previous tax was imposed exclusively on the mobile telephony sector, this new Telecommunications Levy is being imposed on all telecoms services licensed under the auspices of the Telecommunications Regulatory Commission of Sri Lanka (TRCSL), i.e. fixed telephony, CDMA, internet and data communication, public pay phones, leased line, External Gateway Operators (EGOs), satellite broadcasting, and cable distribution. However, this is yet to be explicitly specified and industry players we spoke to said that they are awaiting this crucial clarification.
Levy of Rs. 2 on IDD calls

The Budget 2011 has also proposed a levy of Rs. 2 per minute on outgoing IDD calls and a reduction of the minimum floor rate for local calls from Rs. 2 per minute to Rs. 1.50 per minute. We observe that this indicates a reversal of the tariff-rebalancing exercise undertaken over the 5-year period starting in 1998, which aimed at ending the cross-subsidization of domestic telephony through international telephony. Although industry sources argue that IDD tariffs have fallen substantially recently, the increase in these rates may well have a negative impact on the GOSL’s stated objectives of growing the Business Process Outsourcing (BPO) industry and of making Sri Lanka an ICT and Knowledge hub.

The Budget 2011 has also proposed to request the TRCSL to regulate broadband costs “in order to increase broadband penetration”. This raises significant concerns on regulatory capacity, given the track record of the regulator in core functions such as implementing transparent licensing and spectrum allocation practices, facilitating a workable interconnection regime, detecting cross-subsidisation, etc.

The Budget 2011 has also proposed extending the currently applicable teledrama, films and imported commercials levy (applicable to terrestrial TV) to cable television services as well. Our preliminary discussions with local industry stakeholders indicate several areas of concern. Firstly, there is yet to emerge some clarity on the exact modus operandi of implementation of the
proposal. For instance, what is the definition of “cable television services” for this purpose? As per the current TRCSL license classification (accessible at http://www.trc.gov.lk/services/licences/category.html) there are two “Cable Distribution” providers and one “Satellite Broadcasting Services” provider. Defining the cable television market in terms of content – aired channels – suggests that there are four licensed players in the market: Dialog TV, Peo TV, LBN and Dish TV. However, each of these operators uses different modes of transmission ranging from satellite dishes to fibre optic cables to IPTV (TV over Internet Protocol). Many of the services providers in the industry, therefore, prefer to classify the sector as ‘Pay TV” instead.

From a technical perspective, therefore, the language “cable” television introduces some confusion – is the levy based on the delivery modality or, is it based on content aired regardless of modality?

The existing levy on teledramas, films and television commercials is imposed on imported content broadcast on terrestrial TV, excluding Tamil-medium content. This imported content makes up only a small proportion of most TV stations airtime. However, cable television operates imported content on a 24 hour basis. One industry player remarked that the impact of the new tax for their eight 24 hour English movie channels alone will amount to approximately Rs. 2.5 million a day (Rs. 25,000 per film, per showing). When considering the other English general entertainment channels as well as the Hindi language channels where the tax is Rs. 200,000 per programme, the daily tax would exceed Rs. 10 million.

Our preliminary field research also reveals that there is a huge black market in the satellite TV segment, due to the importation of Indian DTH (Direct-To-Home) systems being illegally imported to Sri Lanka. Some estimates put the numbers of illegal DTH subscribers at as much as 100,000, supplied by around 500 illegal operators. No tax revenue accrues to the GOSL from this, either from border taxes (imports of DTH systems) or in the future from the proposed new levy. Moreover, the pricing of these Indian DTH providers cannot be matched by Sri Lankan Pay TV operators due to the immense negotiating powers Indian operators have over broadcasters, in view of the large market size in India.

The licensed cable television providers are hardly a lucrative source of tax revenue as several of them continue to sustain losses. This market is to, a large extent, in an emerging phase.There is a strong possibility that the levy will not bring about the desired results, especially if the tax is restrictive to the extent that these firms are driven out of business. Meanwhile, reigning in the illegal providers to pay due taxes (VAT, NBT, CESS, etc.) is more pragmatic than imposing a levy on licensed providers.

To minimise the business uncertainty that these proposals appear to have created, it is now essential that policymakers move quickly to address the concerns. Engaging in a constructive dialogue with the stakeholders can help ensure that a ‘win-win’ outcome is reached.