Sri Lanka as an Emerging Economy 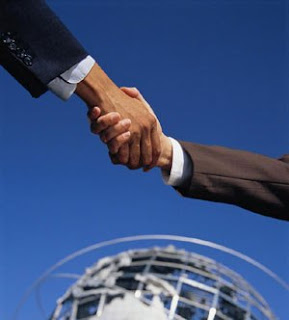 An article recently featured in the Economist (http://bit.ly/aBpGB1) outlined some of the developments in the world’s major emerging markets – particularly focusing on the evolution of these economies from sources of cheap labour to being hubs of innovation. The Sri Lankan government has announced ambitions of becoming a major emerging economy within a few years. It will of course be near impossible to match the economic weight of economies such as the BRICs given the sheer population sizes of these countries. Sri Lanka is immediately at a disadvantage in terms of attracting investment given this population constraint. This is why India, despite having relatively arduous investment procedures can still attract large amounts of international and domestic investment. Therefore it becomes important to match or surpass competing economies in the other aspects. Two of the major possible criteria for creating a flourishing centre of innovation are access to high quality labour and a vibrant group of firms driven by competition. How does Sri Lanka fare in terms of these criteria?
Education – Science and IT

As we mentioned in our post on the policy priorities for post conflict development, education is a critical issue of concern in Sri Lanka. The country has long boasted high literacy rates in the range of 90s even though this is no longer a relevant indicator of educational quality – especially if Sri Lanka wants to benchmark itself against the major emerging economies. One of the major attractions of India and China is the access to large numbers of graduates, particularly in the sciences. According to the Economist, China produces 75,000 graduates in engineering or computer science each year, while India produces 60,000. According to University Grants Commission statistics, the corresponding figure for engineering and IT graduate output from state universities in Sri Lanka was 1001 in 2007 (http://bit.ly/ctaXjp). This is of course a very small number and excludes degree awarding private higher education institutes, which in turn are very marginal players enrolling some 2500 students across all disciplines annually (World Bank 2009). Of course Sri Lanka cannot expect to compete in terms of sheer volume of graduates, but a number of issues need to be addressed to improve upon the status quo.
i) The number of graduates available could be much higher if the capacity of universities was higher. In 2008, the number of students admitted to university was 20,069 whereas those eligible for entry was over 121,400 (http://bit.ly/bpxSHD). The ability of the state to increase capacity in the short term to match this differential is questionable. Therefore it will become necessary to create an enabling environment (including an effective regulatory environment) and encouragement for private provision of higher education to fill this lacuna.
ii) It is also important to emphasize the development of transferable skills in addition to pure academic skills which will provide graduates with the flexibility to move between sectors and industries.
iii) Greater resource allocation to universities to ensure that the best teachers can be attracted and retained.
iv) Enhancing curricular relevance, particularly in arts and humanities, where very often graduate skill sets do not match demand in the economy leading to high levels of educated unemployed.
v) Increased resource allocation for science stream education in secondary schools will be a pre-requisite for creating more science and IT graduates. Many rural schools lack the resources for science laboratories and this reduces the number of potential science students entering the university system.

Along with access to high quality human resources, the second factor that has driven innovation in emerging markets is the emergence of top class domestic and international firms. Consequently both local and foreign investment becomes important. We shall therefore consider how Sri Lanka performs in two of the major perception indicators for investment climate, viz., the World Bank’s Doing Business Indicators and the World Economic Forum’s Global Competitiveness Report. From the most recent editions of these reports, there are clear signals as to where Sri Lanka needs to improve when benchmarked against competing economies.

The priority areas for action include;

i) Labour market reforms, particularly in terms of enhancing flexibility of hiring and firing. 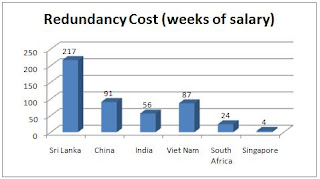 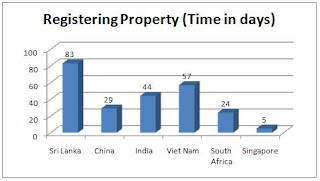 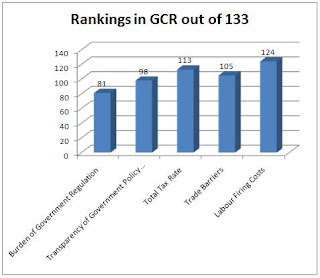 The article in the Economist goes on to argue that innovation today is not about revolutionizing production methods in the manner of Ford’s ‘assembly system’ or Japanese ‘Just In Time Production’, but through marginal changes in service delivery and production that enable the targeting of the mass markets in developing economies. The development of affordable mobile phones and laptops are prime examples of these – also Tata’s US$ 2000 Nano car and the US$ 70 Godrej fridge. Sri Lankan firms have already experienced success in this type of modern day innovation. To quote two recent examples, Microimage created Tamil language SMS adaptation for Bharti Airtel in India and MAS created mid-range lingerie specially designed for South Asian women through its own brand Amante. It is evident that Sri Lanka has the potential to become a hub of knowledge-based development as envisaged in the Mahinda Chinthanya Idiri Dekma, however certain policy reforms, including those outlined above, will have to be undertaken in order to bring the country to the status of an emerging economy.
Tags: International Macro
Related Articles