Recently, Dr. Saman Kelegama, Executive Director – IPS, spoke to The Island Financial Review* on a number of issues relating to EU trade policy and Sri Lanka, as the future of the GSP-Plus scheme to country remains in doubt. This post reproduces his interview.
Q: How important is EU as a trading partner for Sri Lanka?
A: EU is the largest export market and the second largest import source for Sri Lanka. In 2008, 37.4 % of Sri Lankan exports went to EU (compared to 22.7 % of exports to USA, which ranked second) and 12.4 % of Sri Lankan imports came from EU (compared to 24.5 % of imports from India, which ranked first). Textiles and garments accounted for bulk of Sri Lankan exports to EU – around 50 % and machinery accounted for bulk of the imports from EU – around 29%. In an overall sense, EU is a very important trading partner for Sri Lanka but for EU, Sri Lanka is not an important trading partner. 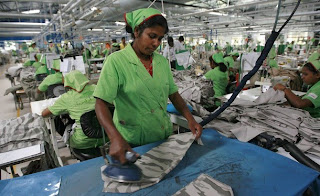 *The print version of this interview was published in The Island Financial Review, Friday 12th March 2010. It can also be accessed electronically at http://www.island.lk/2010/03/12/business6.html