Print this article
By Deshal de Mel and Dharshani Premaratne 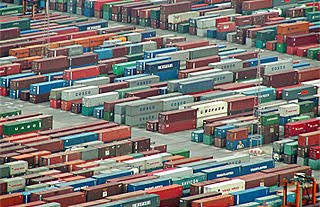 One of the persisting impacts of the global economic crisis has been on employment levels in America, Europe and developing nations. Whilst growth finally returned to the US in the third quarter of 2009, unemployment increased to 10.2% in October 2009. In Sri Lanka, for instance, unemployment increased to 6.3% in Q2 2009 having declined continuously between 2002 and 2008. In a high unemployment situation, a traditional response of states is to increase barriers to international trade to secure production in domestic markets and support domestic employment creation.
However in reality, whilst we have seen some cases of protectionism — the expansion of the Buy American Act, special safeguards on China, and tariffs on tyre exports, increases in para-tariffs in many countries – there has been nothing like the level of protection that has accompanied previous crises of this nature, such as the Smoot-Hawley tariff of the 1930s. In fact in the G-20 Summit held in April 2009, the leaders decided to refrain from introducing new non–tariff barriers (NTBs) to investment or to trade in goods and services. They also agreed to minimize negative impacts on trade and investment by domestic policy measures, especially not to retreat into financial protectionism that constrains worldwide capital flows. Hence the global response to ensure liberal trade has been pronounced, at least in the early stages. Why has this been the case?

Why have Trade Measures been Muted?

There have been several reasons for this. Many governments had policy space (particularly monetary policy) to address the crisis through domestic stimulus measures and therefore trade measures were less important. This crisis was one of firms needing monetary support more than needing customers – particularly in the developed nations, and therefore again the emphasis was on transfer on money to struggling firms instead of providing protection from international competition. Therefore the dominating factor in a trade related crisis response for larger countries in particular has been price reducing subsidies rather than price increasing tariffs. This naturally has implications for efficiency and more importantly has fiscal implications. On the positive side, the fiscal implications suggest that there is a likelihood that the subsidies will not be long lasting since governments will just not be able to afford them.

However, as long as the impacts of the crisis continue to resonate in the global economy, be it in the form of unemployment or stagnant demand, the pressure for protectionist measures will increase. Accordingly, the manifestations of protection have been more prevalent in recent months. According to the WTO, between July 2008 and June 2009, 217 new anti-dumping investigations have been initiated reporting a 15% increase over the 189 investigations initiated over the previous year-on-year period. The number of anti-dumping initiations decreased in the first quarter of 2009 compared with the fourth quarter of 2008, but it has steadily increased since then. At the same time, calls from the US and France for unilateral Carbon Border Tariffs to offset the competitive disadvantages resulting from climate change mitigation efforts, have gained significant momentum in recent months (but such a move is strictly opposed by the G77 and China). Finally, in the first week of December 2009, the US imposed new tariffs on Chinese steel imports and various other metal products whilst China imposed tariffs on certain steel imports from Russia and the US. Such tit for tat protectionist measures have not as yet resulted in a global retreat to wholesale protectionism, largely due to the continued global support for a liberal trading environment. But how sustainable is this global support?

This situation requires the leadership for global trade liberalization to switch hands, from the West to the East. This switch of responsibility is still in a process of transition, and as yet the role of the leader has not been filled. Are India and China ready to take the lead in this regard? Are they willing to lead? Will this lacuna lead to the retreat of the progress made in creating a liberal global economic framework? Or will we see the continued manifestation of regional and bilateral trade regimes instead of a global trade regime?