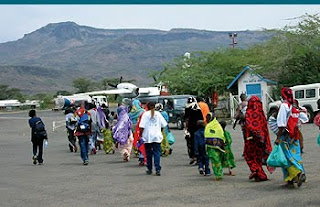 The reasons that stimulate people to migrate are numerous and operate in complex and interactive ways at individual, family and socio economic levels. Better information and lower transport costs have facilitated greater labour mobility and the creation of ‘transitional communities’. Workers move to find better employment opportunities and working conditions. While wage differentials are an important incentive, access to higher levels of health and education services, greater personal security and generally a better quality of life can be equally important elements influencing the decision to work abroad.
Recognising the large and increasing number of global migrants, and the importance of international migration to both sending and receiving countries, the UN General Assembly has proclaimed 18th December as International Migrants Day. On the 4th of December 1990, the Assembly adopted the International Convention on the Protection of the Rights of all Migrant Workers and members of their Families.
As we commemorate this important day, it is opportune to look at Sri Lanka’s migration policy, examining the key issues are in better migration management that would lead to maximising the benefits and minimising the costs.

International labour migration from Sri Lanka has grown remarkably over the last decades, with numbers increasing more than ten fold. The total number of out migrants from Sri Lanka on employment abroad is estimated at 1.8 million people (Central Bank, Annual Report 2008) while annually the outflow of workers is about 250,000 people. In 2007, the equivalent of 23% of total employment generated and 21% of Sri Lanka’s labour force was made up by foreign employment. Migrant remittances are a mainstay of the Lankan economy, accounting for about 7% of GDP and 36% of export earnings.

In addition to the large number of temporary migrant workers who have traditionally focused on the unskilled labour market in the Middle East, and the other skilled categories to East Asia and the West, there were a significant number of people who migrated particularly to the West during the North-East conflict. There is a growing trend in the number of people migrating for permanent settlement, for educational purposes and also irregular migrants who are often difficult to monitor.

What are the key issues for Sri Lanka?

International migration has received ever more attention at policy level. In Sri Lanka too, it is now recognized as a key policy issue.

Challenges in migration are mainly related to those who migrate for employment and among them most hardships are faced by those who go to the Middle East and particularly the female domestic workers and the unskilled workers. Most of the reported cases involve exploitation, non-payment or under-payment of salaries, physical abuse, etc., have been reported from the housemaid category, and often the labour receiving countries have not taken strict measures to curtail this situation. It is vital to ensure that rights of the migrant workers are protected, which is something Sri Lanka as a labour sending country alone is not in a position to guarantee. The understanding and flexibility of the labour receiving country too is a prerequisite, which can be developed through bilateral and multilateral collaboration.

Finding the Optimum Level of Migration

Like most social processes, the net impact of migration especially the skilled categories of labour results in both positive and negative economic and social outcomes. The most direct effect of skilled emigration is to reduce the number of educated workers who are critical to productivity and development. Migration of skilled workers has also created incentives against workplace skills development and training, since staff tend to migrate once trained in a particular skill set. This has been a feature in the tourism sector, with staff migrating to the Middle East and the Maldives having completed training and gained work experience. On the other hand migration sets in play a number of forces that can increase economic growth. In the efforts for better migration management, it is necessary to identify whether or not high skilled emigration ends up being a medium to long-term drag on Sri Lanka’s economic growth. Grand policies of retention through building educational institutions and assisting in economic development are the best long term response to the brain drain. In order to find the correct balance of skilled migration, Sri Lanka needs to focus on education reforms, targeted training, and economic development in order to gain best results in the long-term. With the present Government emphasis on skilled migration, it is vital to find the “optimum level” of skilled migration that would create the best feedback results in the future.

Huge Mismatch between Demand and Supply of Skills

Sri Lanka has a huge miss-match between the international demand for jobs and its supply capabilities. The most pressing issue is the skills mismatch of what is demanded by the foreign countries and what Sri Lankan workers could offer. Sri Lanka has been traditionally focussed on the unskilled workers and the housemaids, but present demand is for more skilled and professional categories of workers which require internationally recognized qualifications to enter these markets. On the other hand, in the domestic labour market too there are significant supply gaps. In some skilled categories, such as the health, tourism and construction services, the shortage is already being felt. This shortage is partly due to the migration of qualified skilled labour for greener pastures abroad which has adversely affected the domestic labour market.

Numerous types of international migration statistics are compiled by both government and non-government organizations in Sri Lanka. There is a need to strengthen the National Centre for Migration Statistics for a more integrated data collection mechanism and to disseminate migration statistics in Sri Lanka. All foreign missions based in Sri Lanka and abroad need to adopt a coordinated approach in this regard. This is of critical importance for better planning and decision making in international migration management in Sri Lanka. The quality of data collection could be enhanced by better utilization of existing tools such as the immigration forms at the airport. 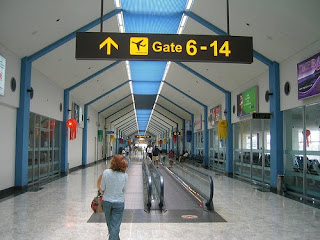 With regard to the inflow of remittances, there is a tremendous need to make formal remittance channels more accessible to the rural areas in Sri Lanka including the Northern and Eastern parts of the country. In addition, we need to be aware of the huge volume of remittances that is flowing in informally. Remittance channels should be made more accessible and convenient for both migrants and to the recipients. The rural bank branch network needs to be strengthened to access a wider population. In addition, microfinance institutes and the postal network have to be given the powers to receive international remittances as these are more accessible to the migrant households in Sri Lanka.

Not just focusing on outward migrants, but it is now important for Sri Lanka to focus on the potential benefit of returning Sri Lankan Diaspora members in rebuilding the country after three decades of the separatist war. The Government of Sri Lanka has made an open invitation to all Sri Lankans living abroad to come back and help the country’s reconstruction efforts. The Diaspora can either come back to the homeland to join the development efforts or contribute via funding; both having positive economic gains for the country.

Another challenge faced by Sri Lanka is that although it has ratified many international conventions on labour and migration and also has entered into many bilateral agreements, the most crucial destinations the Middle Eastern countries have signed only memoranda of understanding (MOU) with Sri Lanka which need to be tightened to gain the best results for the bulk of Sri Lanka’s migrants who are located in these countries.

Given the vast number of irregular migrants moving into and out of the country either through unofficial channels or taking up unauthorized residence and employment or lapsing into irregularity after regular entry, leads to high vulnerability of these migrants to exploitation, victimization and abuse. Meanwhile, irregular migrants tend to enter foreign territories not only by risking their lives but also most often get caught in illegal activities such as human and drug smuggling and trafficking, money laundering and terrorism. In order to minimize the rate of irregular migration and related activities, it is important for Sri Lanka to work in partnership with countries of origin, transit and destinations in tightening its border controls and address issues relating to migration and border security.

Given the particular significance of international migration to the South Asian countries and the nexus between migration and development, a need was recognized in international forums for a South Asian Migration Commission as part of the effort to leverage the benefits of migration in the best interests of all stakeholders, including the migrants themselves, host societies, and sending countries, as well as to minimize its negative effects overall. Under this purview, the work of this Commission will examine various aspects of migration, such as human security of migrants, the conditions and consequences of labour migration, migration induced by climate change, asylum, the integration of migrants into their host societies, etc.

The overall objective of this Commission is to formulate the framework for a coherent and comprehensive response to the issues surrounding migration that is generally applicable to all the countries of South Asia.

The final report of the Commission will seek to put forward variety of options that can be pursued as part of a strategy with well-defined, actionable steps for the consideration of the governments of South Asia and other stakeholders. The final report is intended to be fed into the next SAARC Summit, and can also help to bolster the position of the region in the ongoing discussions and debate in various multilateral forums.

(visit www.ips.lk/news/index.html for details on the recent SAMC Brainstorming session)

As this year’s International Migrants Day also falls during the final day of the Copenhagen Climate Change summit, we must also recognize the estimated 25 million people around the world who have suffered from forced displacement from their homelands and communities due to the devastating effects of climate change, more than those displaced by war (United Nations). In recognition of the challenges ahead of us, it is important to recognize and respect the dignity and human rights of immigrants all over the world. Especially on International Migrants Day, when we recognize and honor migrants throughout the world, we need to raise awareness about the need for safe migration, including climate justice, fair trade and sustainable community development, and fulfilling the need and access to healthcare, education, housing, jobs and safe, healthy environments.

The year 2009 has been a challenging year in the struggle for immigrant rights and welfare. The global economic crisis put added pressures on already vulnerable immigrant communities around the world, especially the unskilled categories.

The phenomenon of international migration brings into play many sensitive issues of national security and identity, of social change and cultural adaptation, and of resource allocation. All these questions represent important challenges to migration policy makers. Policy choices made now will help to determine whether migration is managed to maximize its benefits, or whether it will continue to be a source of concern, potential social disruption and friction between States. The key is not to prevent mobility, but to manage it better. 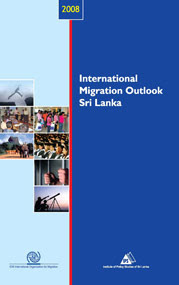