Tourism boom in the East: is the transport infrastructure ready? 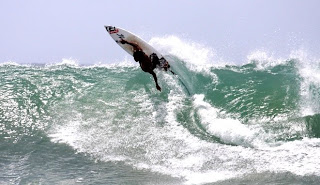 There is little doubt that the untapped potential for tourism in the Eastern Province is immense. In fact, a prominent hotel on the Nilaweli beach in Trincomalee was the only property in the island that managed to command high US dollar priced room rates prior to the escalation of the North East conflict.

The recovery of tourism in the East is set to seriously take off in the coming months and years, and the country’s tourism development authorities are fast negotiating several private hotel investments there. Kalkudah and Pasikudah have been identified for ‘resort city’ type developments, which will include star class hotels, theme parks and other attractions. A new USAID-CORE sector assessment report has predicted that in post-war economies domestic and adventure tourism segments tend to pick up most rapidly. Both are quite evident already – droves of local holidaymakers have been flocking to the Nilaveli and Pasikudah shores since the end of the war and Arugam Bay’s increasing global recognition for the international surfing championship it hosts annually.

The latest data showed that tourism netted in LKR 37 billion in forex revenue (gross tourist receipts) in 2008, the 4th highest forex earner after garments, worker remittances and tea, and contributed between 1-2 percent to GDP. The sector provided employment to nearly 127,000 persons directly and indirectly in 2008 (Sri Lanka Tourism Development Authority and CBSL Annual Report 2008). From an employment viewpoint, a tourism boom in the East will be particularly impacting to the region’s post-war recovery, as the sector utilises a lot of labour, provides quick employment options and turn around time for skills training is shorter than, say, manufacturing. In the medium to long term, the sector is set to become a much larger growth contributor nationally, and a more prominent forex income earner. Moreover, unlike exports which have longer payment lead times, tourism has the ability to earn forex revenue over night.

However, for this potential to be truly realised in the Eastern Province in particular, with more up-market, long stay, tourists (referred to as ‘Free Independent Travellers’) coming to new 4-5 star resort hotels, the transport infrastructure needs to significantly improve.

As this post is being written, the government is meeting potential investors and financiers to rally them in to the new resort city developments. The average cost to a private hotelier of constructing one room in a 4-star establishment can be as high as LKR 10 million. With such massive sums potentially being invested by them, they will certainly demand top notch transport infrastructure to make their projects feasible. 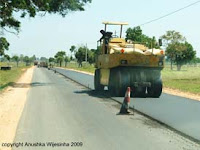 Under the GoSL’s Neganahira Navodaya (‘Eastern Reawakening’) programme (part donor-funded), investments in road infrastructure in the East have been significant. Some of the projects include the new outer-circular ring road in Trincomalee, the widening and re-surfacing of the Polonnaruwa-Batticaloa trunk road (via Welikanda, Punani, Eravur, etc), and the new Pottuvil-Batticaloa-Trinco coastal road, which boasts modern bridges and alleviating the need for treacherous and time-consuming ferry crossings. 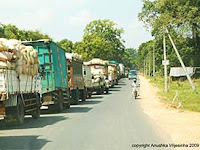 However, despite such advancements, travelling to key tourist locations in the East from the country’s only international airport in Katunayake, still takes approximately 8-9 hours by road. This discomfort is compounded as many areas en-route have poor road surfaces as well as heavy congestion due to narrow roads and no hard shoulders. The National Transport Commission (NTC) estimates that the average travel speed on this route is around 35-40 km/h, and stresses that this needs to rise to at least 50-55 km/hr to allow more reasonable travel times for tourists. If not, it would greatly deter travellers coming on long haul flights from Europe and also China.
Rail travel is not a friendly alternative either. The average rail journey to Batticaloa, for example, could take up to 10 hours (or 8 hours on the ‘night mail’), which is far from feasible for the average tourist. If the tracks are upgraded and more advanced rolling stock is deployed, an option could be to run a limited express railway service dedicated for tourists, especially during the East coast season.

The efforts to set up a second international airport at Hambantota are very commendable, and this together with the Hambantota port development project, will position the region as a second logistics hub in the country. However, equal emphasis also needs to be placed on developing the Trincomalee (China Bay) airport. Some air traffic experts argue that airlines flying in to Sri Lanka (on transit especially) may not see Hambantota as attractive as Katunayake, as it is further away from the regular West-East air routes and the additional distance would unnecessarily consume more fuel. An international airport in Trinco, on the other hand, may be more in line with current air traffic routes and may become a very attractive option in the future. Closer analysis into this is certainly warranted.

One may find it surprising to note that Sri Lanka in fact has as many as 14 airports across the island, with the Eastern Province itself having three. Currently though, nearly all of them, including the one at China Bay, are under the control of the Sri Lanka Airforce (SLAF) due to the conflict that prevailed. While it is convenient that the basic infrastructure at the Eastern airports is in place, many of them would need to be upgraded and retro-fitted to suit civilian and commercial traffic, as opposed to the current military-style set up.

Flights to China Bay are only carried out by Helitours (the civilian aviation arm of SLAF). As security restrictions ease, there must be a strong push to encourage more private participation in domestic air transport and increased competition in the supply of services. This could go a long way towards alleviating the long travel time to the East and make the destination more attractive among tour operators and tourists. However, current domestic air fares are restrictively high. As such, the success of greater civilian air transport service provision will depend greatly on the degree of competition, and the resultant driving down of airfares.
Currently a return air ticket to Trincomalee on Helitours costs approx. LKR 8,200, only slightly less than a Sri Lankan Airlines ‘Hotseats’ ticket to Chennai, India. A return ticket to Jaffna on Helitours costs LKR 19,100, and the rates on ExpoAir and Deccan are of similar magnititude.
As capacity increases, pressures on transport will too

The benefits of improving transport and logistics infrastructure is not restricted to aiding the transfer of tourists to and from the East, instead, it also facilitates cheaper and more reliable supply of tourism-related products, like imported food items for instance, and also provides faster access to major private hospitals and health facilities.

The country currently has around 14,800 hotel rooms. The SLTDA estimates that to cater to a growing tourism sector, an additional 40,000 rooms need to be built. Thousands of rooms in the East alone are to be built. With such goals for greater occupancy capacities, the pressures on the transport link from Colombo to the East become tighter.

These are some of the tourism sector goals set out by the authorities. The key question then is , will the transport infrastructure grow in line with this boom in tourism that post-war Sri Lanka intends to achieve?