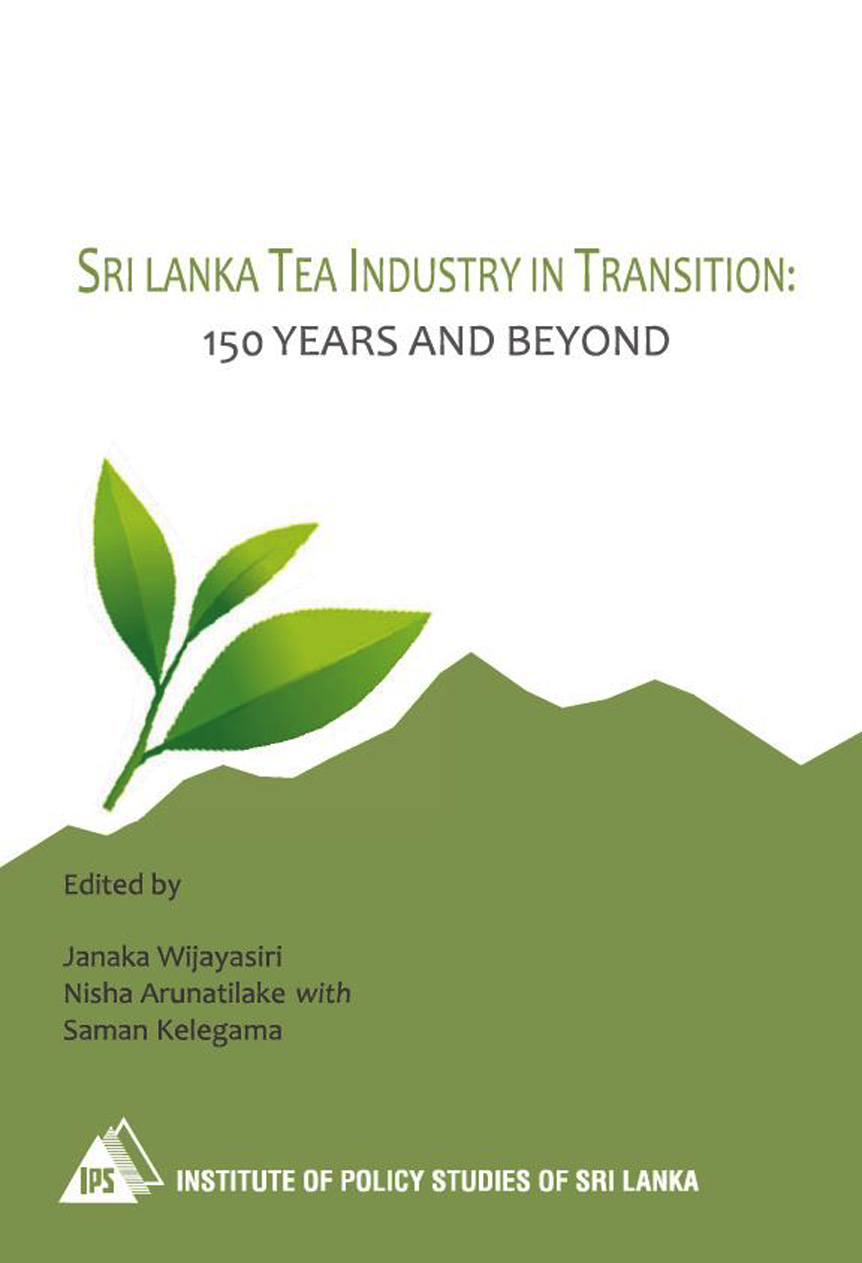 Sri Lanka Tea Industry in Transition: 150 Years and Beyond

The tea industry in Sri Lanka has played an important role in terms of its contribution to the national output, employment and net foreign exchange earnings from its inception in 1867. The industry has undergone a number of changes over the last 150 years. During this period, the ownership of tea lands has changed from privately-owned large scale tea plantations to nationalized tea plantations managed by the state, and to the present day regional plantation companies owned by private companies.

In recent times, the smallholder sector of the tea industry has also grown eclipsing the tea plantations     as the main source of tea production in the country. The industry is changing rapidly  in many other ways as well, due to the increased international competition, expansion of  the  small holder tea  sector,  labour  issues,  automation,  changes  in demand for tea, climate change and multiplication of quality standards.

This publication documents as to how the tea industry has changed over time and considers the future prospects for the industry. Areas covered by the book include, the challenges faced by the  plantation  and  smallholder  sectors,  labour issues facing  the  industry,  the  role  of  the  Tea  Research Institute in improving the proﬁtability of the tea sector, standards governing the tea value chain, the Colombo Tea  Auction, vulnerability of the tea Industry to climate change, and future of Sri Lanka’s tea industry.