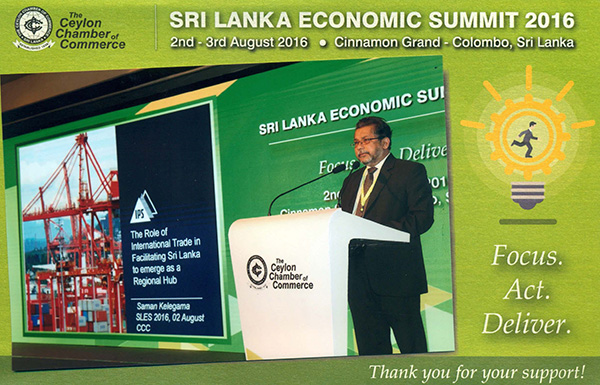 IPS Executive Director, Dr. Saman Kelegama made a presentation on “The Role of International Trade in Facilitating Sri Lanka to Emerge as a Regional Hub”, at the Sri Lanka Economic Summit (SLES) 2016, held in Colombo during 2 – 3 August.