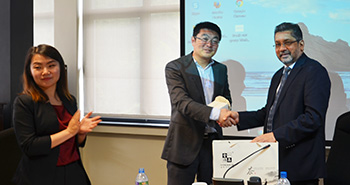 A delegation consisting of academics from the Peking University, and officials attached to the Department of Asian Affairs, Ministry of Foreign Affairs of China visited the IPS.

Zhang Hui, Professor, Associate Dean of School of Economics of Peking University and Tang Yuxuan, Professor Assistant, School of Economics, Peking University spoke of the industrialisation of the Chinese economy to become a global manufacturing power house and how China can  form an important  link between developing and developed countries in this process which could be mutually beneficial for all countries concerned.

They also spoke of the role of One Belt One Road (OBOR) initiative in this regard. They were accompanied by Qiu Xinli., Chief of Political Section of the Embassy of the People’s Republic of China in Sri Lanka. The event was chaired IPS Executive Director, Dr. Saman Kelegama, and was attended by researchers from the IPS as well as think-tanks, academics and government officials working on Sri Lanka-China relations. 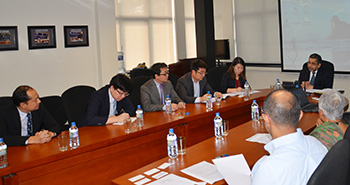 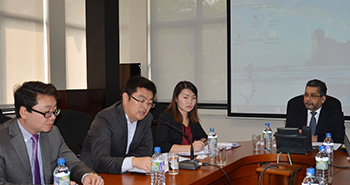 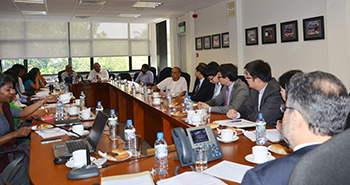