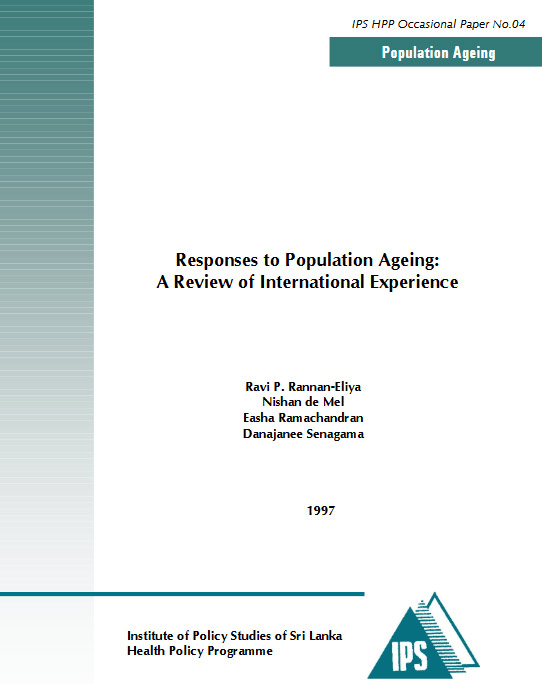 Responses to Population Ageing: A Review of International Experience, OP#4

It is well known that Sri Lanka has achieved remarkable progress in the past fifty years in the area of health and population. The rapid decline in the infant mortality rate that was achieved from 1945 onwards, coupled with other trends towards better access to basic education and greater emancipation of women, have led to a declining fertility rate. This in turn has led in recent years to a decline in the overall population growth rate, which is now little less than 1% per year. What is less known and understood is that these achievements will take Sri Lanka into uncharted waters in the coming decades. Data collected in the most recent DHS survey carried out in 1993 revealed that the total fertility rate had declined at a faster rate than earlier anticipated. Extrapolation of the trends observed suggest that the country would have achieved below-replacement level fertility by 1994, making Sri Lanka the poorest country to have achieved this status. This evidence of a more rapid decline in fertility than expected has long-term implications for the country’s population growth and structure, but has not been fully reflected in current official projections and planning documents.