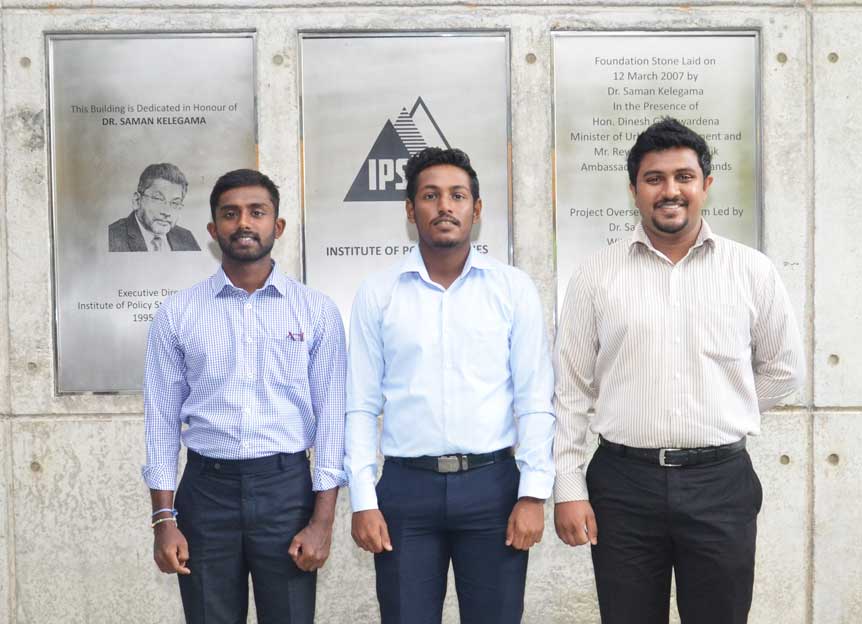 IPS is pleased to announce Kanishka Werawella, of the University of Colombo, as the winner of the Saman Kelegama Memorial Research Grant 2019.

From applications received in response to IPS’ Call for Proposals, three shortlisted candidates presented their research proposals. Alongside the winning candidate, whose proposed research aims to estimate the cost of traffic congestion in the Kandy city and factors affecting ‘green commuting’, the other two shortlisted candidates were Rushan Jayatunga from the University of Moratuwa and Wathsarindu Karunaratne from the International College of Business and Technology (ICBT).

Mr. Werawella will be awarded a research grant of LKR 150,000 to carry out the proposed research and a three-month internship at IPS.

Some of the main reasons for traffic congestion are poor city planning, inappropriate public transport facilities, and insufficient traffic systems. As the government intends to build smart cities, ways to combat traffic congestion and establish eco-friendly transport networks are being discussed. As such, Mr. Werawella’s intended research touches on a key policy issue that is much debated in the country.

The grant is established by the IPS to honour Dr. Saman Kelegama’s legacy of independent research and public policy engagement in the arena of socio-economic development in Sri Lanka and the wider South Asian region. It aims to promote policy entrepreneurship among undergraduate students by encouraging policy relevant, rigorous, and innovative socio-economic research.