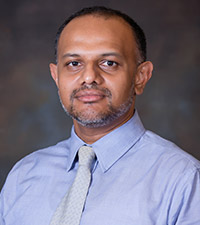 Janaka Wijayasiri is currently a Research Fellow and Head of International Economic Policy research at the IPS. Since joining the IPS in 1999, his areas of research interest have been primarily related to trade issues at the bilateral, regional and multilateral levels. These include issues of policy significance to Sri Lanka in areas covering bilateral and regional preferential trade initiatives, multilateral negotiations under the World Trade Organization (WTO) and issues related to the textile and garment industry in Sri Lanka. He has received training in GTAP (Global Trade Analysis Project) from the Center for Global Trade Analysis, Purdue University, Canada.

In addition to his interest in areas of trade, he shares an avid interest in the aviation sector and closely follows developments in the field at both domestic and international levels. Janaka Wijayasiri has a number of publications to his name which have appeared as articles and chapters in both journal and book publications. He has been part of Sri Lanka’s official delegation representing the academia at regional forums such as Bay of Bengal Initiative for Multi-Sectoral Technical and Economic Cooperation (BIMSTEC) and the Indian Ocean Rim Association for Regional Cooperation (IOR-ARC).

Group of Experts of the BIMSTEC

Member of the Committee
Government of Sri Lanka
January 2002

Member of the Committee
Government of Sri Lanka
April 2002

Sri Lanka Entrepreneur of the Year

Panel of Judges
National Chamber of Exporters of Sri Lanka
1999

Wijayasiri, J. and S. Samad (2007) ‘Preference Erosion and Aid for Trade: A South Asian Perspective’ in South Asian Positions in the WTO Doha Round: In Search of A True Development Agenda, Vol.2, CUTS, India,

“Utilization of Preferential Trade Arrangements: Sri Lanka’s Experience with the EU and US GSP Schemes”, International Economic Series No.8,

“Cooperation in Tourism among the BIMST-EC Countries: Prospects and Constraints”, Bangladesh Institute of International Studies Journal,

“WTO and the Textile and Garment Sector: Implications for Sri Lanka” (with D. Weerakoon), South Asian Economic Journal, Volume 1, No.2, 2000.

Preference Erosion and Aid for Trade: A South Asian Perspective

Textiles and Clothing: Possible Scenario After 2004

Tourism Cooperation among the BIMSTEC Countries: Prospects and Challenges

“Sub-Regional Cooperation among BIMSTEC Countries and the Role of Japan”
Dhaka, Bangladesh
11-12 March, 2002

“Implications to Member States of Progression from SAPTA to SAFTA” (with D. Weerakoon) prepared for and funded by SAARC Secretariat,

“Prospects for a Sectoral Dialogue Partnership between Sri Lanka and ASEAN” (with D. Weerakoon) prepared for and funded by