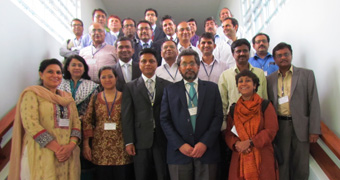 The 9th Ministerial Conference of the WTO (MC9) is due to be held in Bali, Indonesia from the 2nd – 3rd December this year. Going forward from the 8th Ministerial conference held in 2011, there are high expectations from MC9 to deliver on the Doha Development Agenda through multilateral trade reform.

Since the beginning of 2012, regional groups across the world have been in consultation with their members to discuss the positions they will adopt at MC9. Colombo too, will play host to a regional meeting of the SAARC Commerce Ministers from the 21st to 23rd August 2013. They will endeavor to formulate a common position for the SAARC region in time for MC9.

In line with this, the coastal town of Marawila played host to a congregation of the regions brightest and most prominent economists and trade experts from 2nd to 3rd July. They came together with the aim of creating an input document of recommendations that would feed in to the SAARC Commerce Ministers meeting in August. This consultation was organized by IPS and South Asia Watch on Trade, Economics, and Environment (SAWTEE), and was supported by OXFAM, UNESCAP, and the Commonwealth Secretariat. “Road to Bali” conference is an effort to provide an expert voice that will contribute to a common regional position, in time for the MC9. The region is represented by a variety of stakeholders, including think tanks, private sector, public sector, and the media.

Dr. Saman Kelegama, Executive Director of the IPS, delivering the welcome address stated that the SAARC region should be prepared to adopt a position much like they did at the 2009 Copenhagen Climate Change Summit, where representatives from the region spoke “with one voice.”

Executive Chairman of SAWTEE, Dr. Posh Raj Pandey, reiterated the sentiments expressed by Dr. Kelegama and added that “the primary objective of this meeting is to contribute to the common negotiations of SAARC countries in the coming Commerce Ministers meeting from a development perspective.” Also speaking at the event, Mr. Ziaul Hoque Mukta, Regional Policy Coordinator at OXFAM GB, reiterated the fact that “regional integration will help overcome constraints and help achieve a common goal.”

At the drawing to the close of the first day of discussions, the need for a collective position was reiterated as being of paramount importance. It was identified as being imperative in terms of being able to give the region a distinguishable voice, in the midst of trade giants with big voices such as the US and EU, and which is therefore expected to increase the bargaining power of the region as a whole.

While the need has been identified, the way forwards remains tenuous. Fitting the needs of the SAARC member countries in to one common ‘basket,’ is a daunting task. The fact however, remains, that SAARC countries need not see each other as competitors in this effort, but as partners in an effort to receive a ‘leg-up’ in the road to equitable development.

Subsequent to the two day Consultation a two-day regional training programme of economic journalists from South Asian countries, jointly organized by South Asia Watch on Trade, Economics and Environment (SAWTEE), Kathmandu, and IPS, took place at the same venue. The broad theme of the training programme was “Trade, Climate Change and Food Security”.

Highlighting the objectives of the programme, Dr Posh Raj Pandey, Executive Chairman, SAWTEE, hoped that the two-day training programme would enable the journalists conduct proper analysis of the interlinkages between trade, climate change and food security issues and explain that to the masses in simple terms. He was of the view that most economic reporting tend to reflect pre-judgement of journalists in their analysis, and therefore, this training programme would help the journalists get rid of that baggage of pre-judgement.

Dr Saman Kelegama, Executive Director, IPS, stated that most of the newspapers in South Asian countries tend to consider financial issues as the most important economic issue and provide maximum coverage for such news while trade issues receive relatively less attention. Highlighting the importance of trade, more so in the current context of its interrelationship with climate change and food security, he urged the journalists to give importance to trade issues as well. He stressed that while analyzing trade policy, its links with climate change and food security should not be overlooked. He also put forth his expectation that the journalists would benefit from the training programme and contribute to their respective country’s preparations for the Ninth WTO Ministerial going to take place in Bali on 2-3 December 2013.

Mr Ziaul Hoque Mukta of Oxfam lauded the role of the media as a major change agent and requested the journalists to translate complex and technical issues in simple language for common people to understand and help bring about required changes in the society.

Experts from different South Asian countries interacted with the journalists on a number of topics such as regional trade integration in South Asia, trade facilitation, services trade, non-tariff barriers, agriculture and food security, trade and food security, climate justice, least-developed country issues, among others. Sixteen journalists from Bangladesh, India, Nepal, Pakistan and Sri Lanka are participated in the training programme. 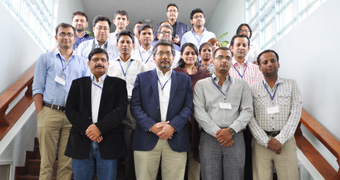 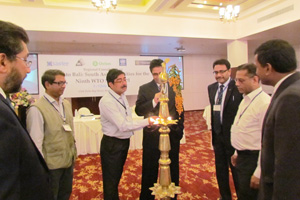 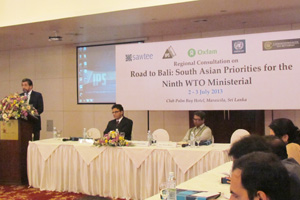 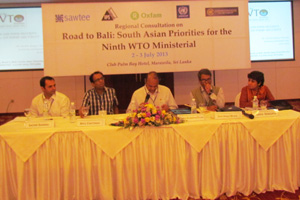 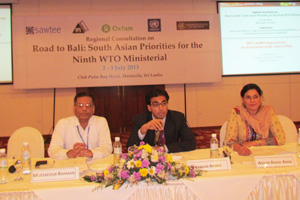 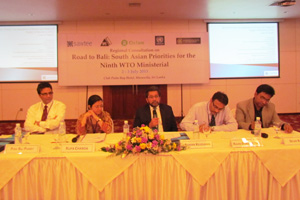 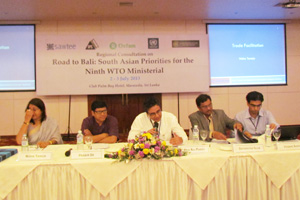 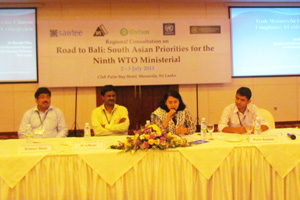 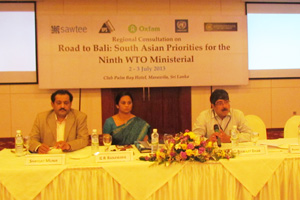 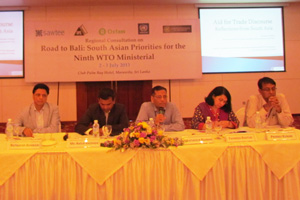 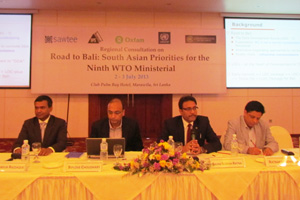 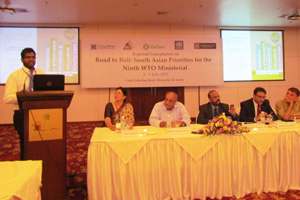 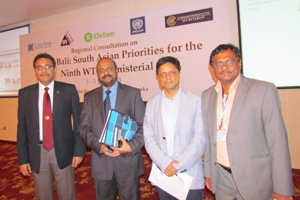 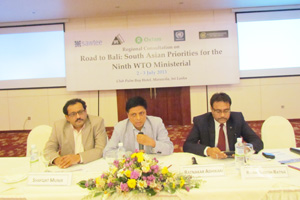 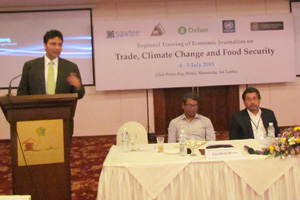 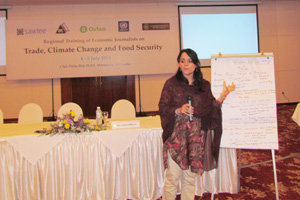 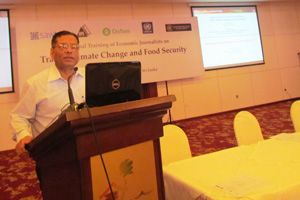 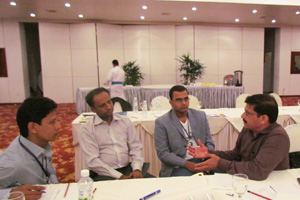 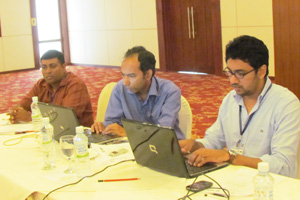 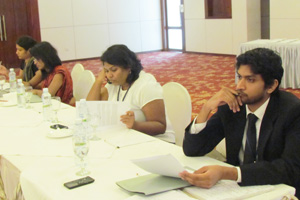 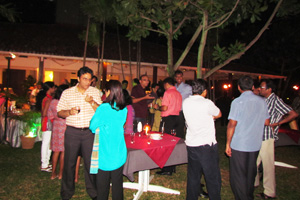