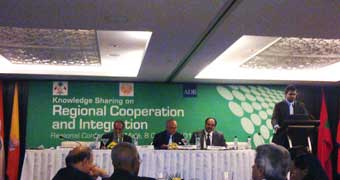 Dr. Saman Kelegama, Executive Director, IPS, and Anushka Wijesinha, Research Economist, IPS were resource persons at the Regional Conference on ‘Knowledge Sharing on Regional Cooperation and Integration’, held in Malé, Maldives, during 8-9th October 2011. It was organized by the Government of the Republic of Maldives in association with the SAARC Secretariat, and the Asian Development Bank (ADB). Executive Director made a presentation on ‘Vertical Integration of Industries in South Asia’ while Anushka Wijesinha made presentations on ‘Trade Facilitation Issues in South Asia’ and ‘Liberalization of Air Services in South Asia’. All three presentations were based on research studies that the IPS completed for the SACEPS. These research papers will be forthcoming as Chapters in a book edited by Hans Brunner of the ADB and published by Edward Elgar, U.K.

On the 9th of October a Consultative Meeting on Strengthening SAARC’s Institutional Mechanism took place with H.E. the President of Maldives, Mohamed Nasheed inaugurating the meeting. The Executive Director made a presentation on the subject and made a summary presentation of the recommendations at the end, which will be submitted by the SAARC Secretariat as a policy document for the forthcoming 17th SAARC Summit in Male. 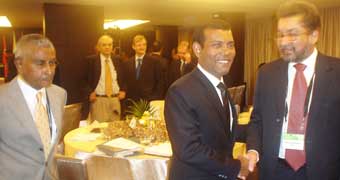 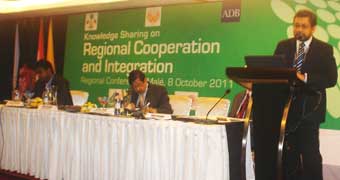 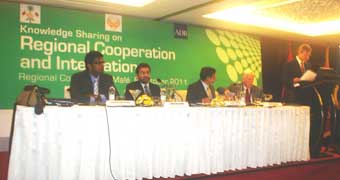