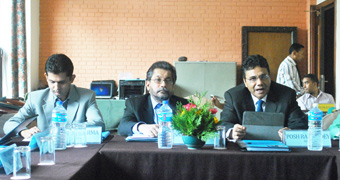 The Trade Facilitation Audit Study aims at defining a regional benchmark for an acceptable level of trade and transport facilitation in South Asia, identifying trade and transport-related bottlenecks in the region, and assessing the benefits of removing these bottlenecks based on a regional benchmark. Country background reports of the South Asian countries were presented at the meeting with the session being chaired by Dr. Kelegama. The background report for Sri Lanka was presented by Suwendrani Jayaratne. The project advisory committee provided inputs and comments on the background reports as well as on the methodology and way forward. Mr. S. Rajendran, Additional Director, Sri Lanka Customs was also present at the meeting as a member of the Advisory Committee for Sri Lanka. 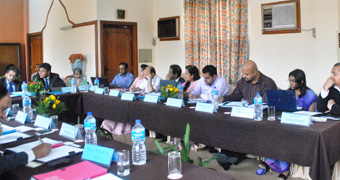