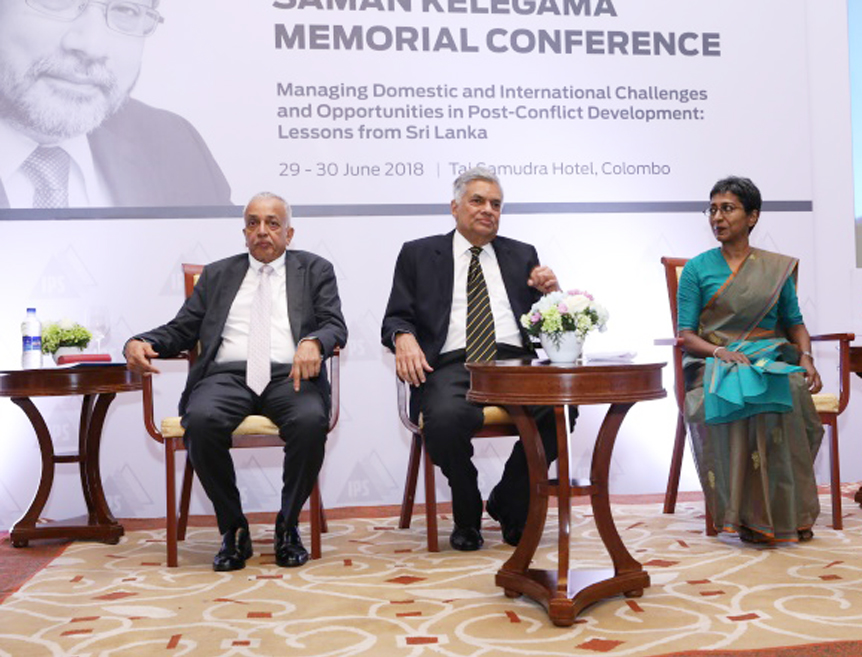 The policy aim of the government is to create a dynamic private sector, which will drive growth, he further highlighted.

The Prime Minster added that the infrastructure led growth, which was a strategy adopted in post-conflict Sri Lanka, is not sustainable.

“Currently we are pushing to transform our foreign finances from loans to investments,” he said, noting that industrialisation that is going to take place in Sri Lanka is crucial in this regard.

Delivering the opening remarks at the conference, Minister of Development Strategies and International Trade, Malik Samarawickrema, paid tribute to Dr. Kelegama, who made a tremendous contribution to the country’s economic policy, especially trade policy of Sri Lanka.

The Executive Director of the IPS, Dr. Dushni Weerakoon, meanwhile, said that Dr. Kelegama was an inspiration for a generation of young economists in Sri Lanka and elsewhere.

He claimed that there was no point in bringing in Foreign Direct Investment (FDI) for projects that don’t produce any returns; instead Sri Lanka should focus on bringing in right type of investments so that the country can produce more complex, tradeable goods.

The conference was organised by the Institute of Policy Studies of Sri Lanka (IPS) to mark the first year death anniversary of its former Executive Director, late Dr. Saman Kelegama, around the theme ‘Managing Domestic and International Challenges and Opportunities in Post-Conflict Development: Lessons from Sri Lanka.’

It was attended by eminent economists both in Sri Lanka and overseas, including economists of Sri Lankan origin in Australia and the US and key figures from South Asian think tanks and international agencies. 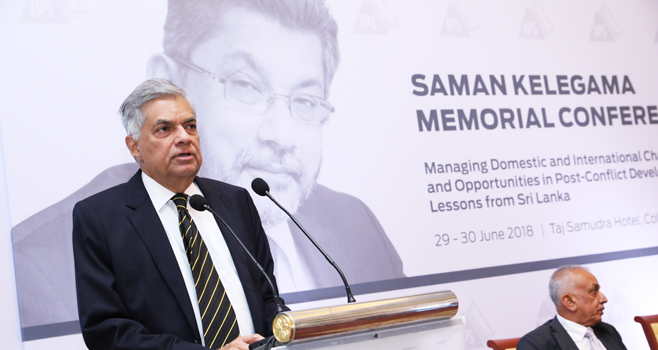 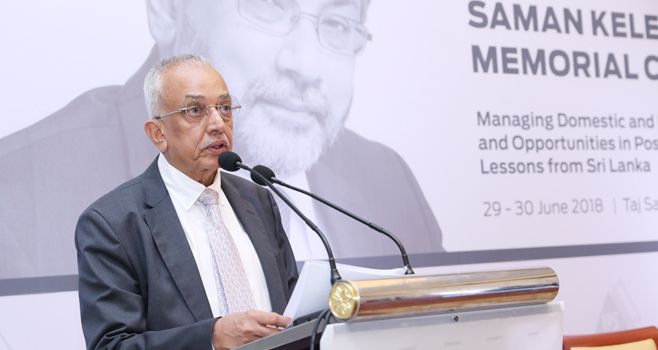 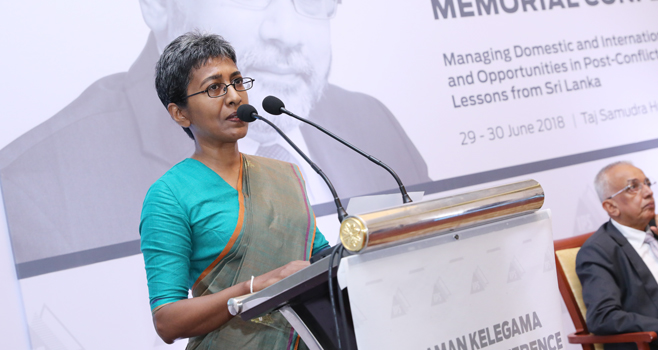 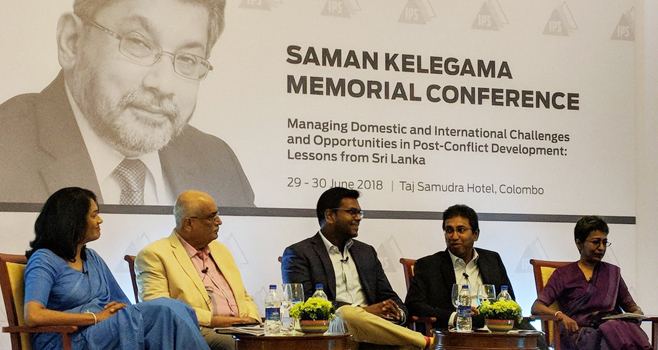 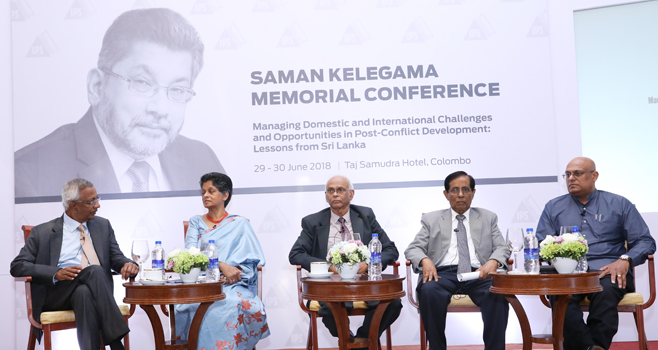 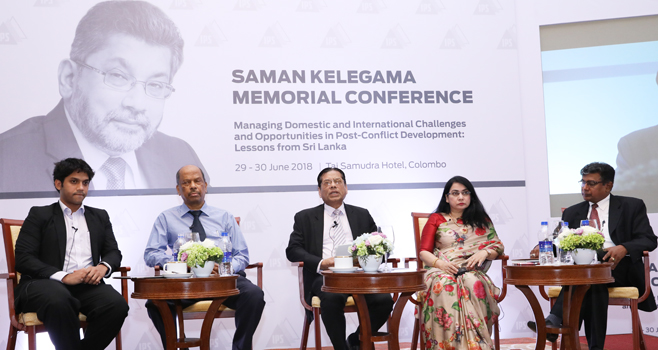 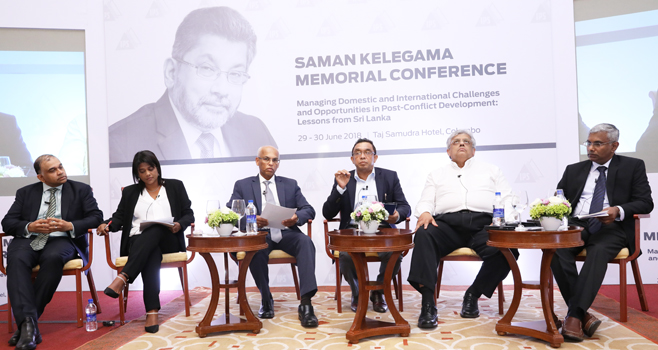 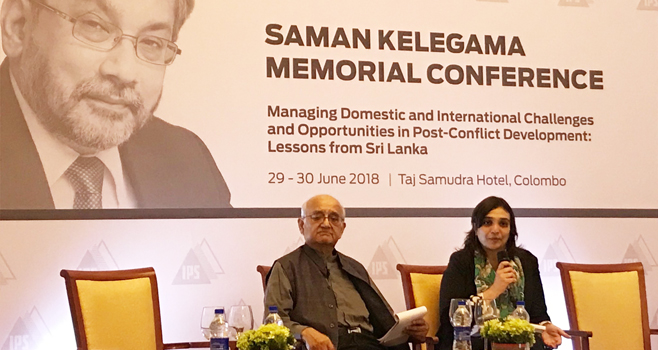 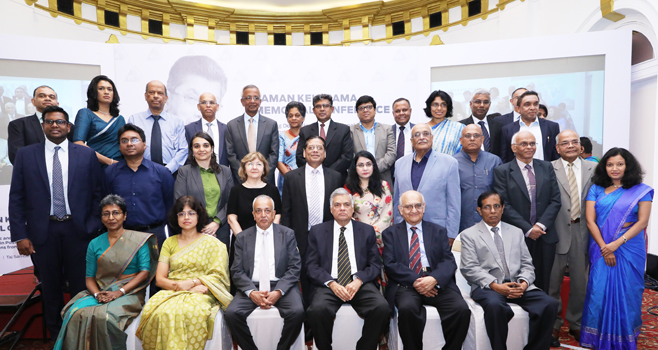 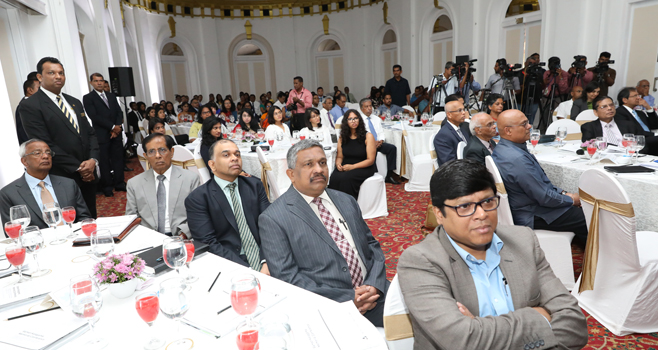 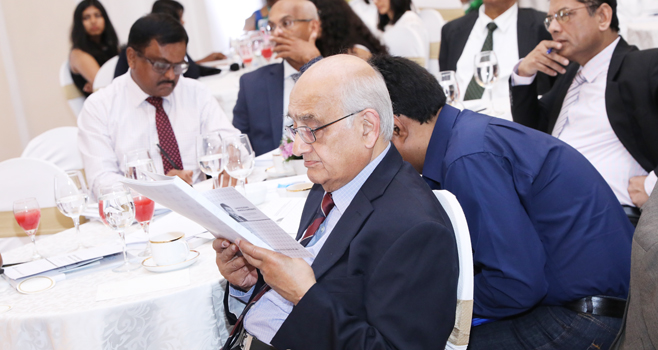 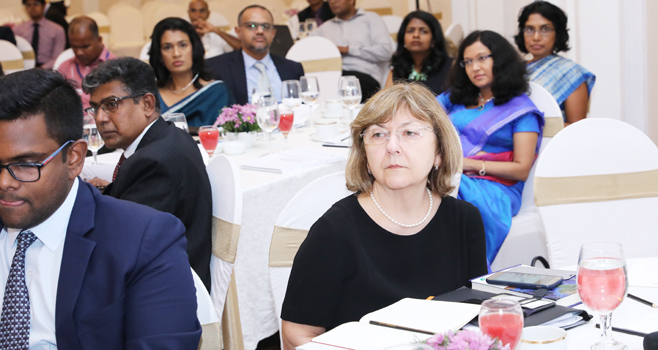