Urban transportation is an important aspect in city management globally. Developing a quality transportation network that promises efficient connectivity and mobility mechanisms for the movement of both people and goods within commercial cities and the rest of the nation, remains one of the dominant strategies in the policy document of the current government. However, creating a mass transportation system and improving urban transportation through reducing traffic congestion are large, expensive, time-consuming aspects; and as such, the success or failure of such plans and projects will affect the population of an area for decades. It is thus, important that Sri Lanka creates the best possible system, learning from the examples of other urban cities. In that respect, this study looks at three different cities around the world, Metro Manila, Bangkok, and Hong Kong, as leading examples that have developed their own transportation system and have fostered in becoming megacities in developing Asia. The present study seeks to make the most of the experiences of these three cities, both successes and failures, so that valuable lessons could be learnt and put into practice in Sri Lanka’s efforts in developing an effective public transportation system in urban areas. 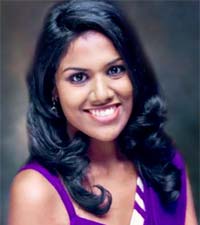