Mainstreaming Climate Change for Sustainable Development in Sri Lanka: Towards a National Agenda for Action 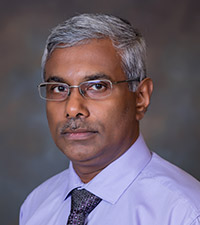 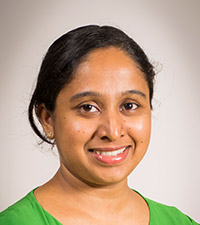 Scientific evidence from numerous sources indicates that global climate change is actually taking place. This implies that the present generation and many to come will have to face impacts of climate change. Scientists are unanimous that pending changes in climate patterns would be global in scope and scale. It is widely agreed that developing countries would face greater hardships and within them also, poorer communities are more vulnerable. Various studies have underscored the importance of effective mitigation measures ‘to avoid the unmanageable’ and the necessity of appropriate adaptation ‘to manage the unavoidable’.

Sri Lanka, being a tropical island of significant poor population located in a disaster prone region, is highly vulnerable to climate change in terms of physical as well as socio-economic impacts. The country needs to develop a strong national agenda to confront the challenge on which the nation’s entire future hopes for sustainable development depend on. In spite of that, the present readiness of the country to face the climate change impacts can hardly be considered adequate. In the backdrop, this study undertakes a policy analysis that could guide developing a national agenda for mainstreaming the activities on climate change in the overall national development context of the country.

A review of existing information on climate conditions in Sri Lanka and effects of global warming on local climate was made. Being a small tropical island, there is no significant annual variation in temperature due to the latitude of Sri Lanka. However, significant regional variation could be observed due to changes in altitude. Precipitation (rainfall: RF) is the major parameter that gives rise to variability of climatic conditions during the annual cycle. There are three major sources of RF in Sri Lanka, namely, monsoonal, convectional and depressional. Based on variability of precipitation within the year, four climatic seasons with typical features can be identified. They are: first inter-monsoon season (FIM), southwest monsoon season (SWM), second inter-monsoon season (SIM), and northeast monsoon season (NEM). In addition, cyclones and depressions affect the local climate significantly. They can develop into catastrophic events occasionally, claiming for losses of human life and physical property.

Climate change in Sri Lanka has been studied using two major approaches, namely, statistical analysis of past climate data and projection of future climate conditions with the help of climate models. Analysis of past records have highlighted that air temperature in Sri Lanka has been rising all over the country during the last century. The warming trend has accelerated during the recent decades. Experts suggest that enhanced greenhouse effect could have partly been responsible for rising air temperature together with local effects such as urbanization, deforestation and land use changes. Effects observed in precipitation do not indicate a clear trend as in the case of air temperature. However, negative deviation has indicated for average annual RF in the latter part of the century since 1970s, nearly for all years. The decline was mainly reported in NEM followed by FIM whereas changes were negligible in SWM and SIM. The variation of RF also has increased, again the highest variation being in NEM.

Moreover, records indicate that occurrence of extreme events such as droughts and floods increased despite the slight drop in incidents of cyclones and depressions during the latter half of the last century.

Models project that mean annual temperature of the country will increase steadily, which is consistent with trends observed in analysis of past data. Models further suggest that annual precipitation in the country will increase in the future, which is not fully consistent with the negative RF trend experienced during the recent decades. In addition to changes in temperature, precipitation and extreme events, there are two other climate related effects that are identified to be highly important in Sri Lanka, namely, sea level rise and increased concentration of CO2 in the atmosphere. It has been identified that impacts on six major areas could be critically important. They are, namely: impacts on agriculture and irrigation, impacts on coastal zone, impacts on forests and natural eco-systems, impacts on human settlements and infrastructure, impacts on human health and impacts on energy and industry. A logical presentation of impacts in these areas has been made using simple effect-impact matrices to identify the relationship between climate effects and impacts.

Information gathered from different sources indicates that a few main gaps act as major barriers against formulating and implementation of effective actions against climate change at the national and other levels of activity. They are, namely: lack of agenda and priorities, information gap, coordination gap and resource mobilization gap. While lack of information, poor coordination and limited resources have their own drawbacks, lack of agenda overrides them all. If sensible agenda is available, even the limited information, facilities and resources could have been put into more efficient use than at present.