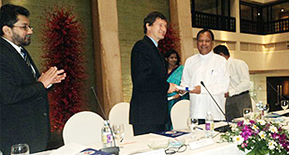 Speaking at the launch of the MDG Country Report, Hon. Dr. Sarath Amunugama, said Sri Lanka’s economy grew by more than five per cent each year despite the conflict during the last two decades and could achieve double digit growth in the medium term. “Although the country has achieved many of the MDGs, it still lacked in quality of education and life. The MDGs should be taken as a platform for speedy economic growth while sustaining social well being,” he said.

Dr. Saman Kelegama, Executive Director of the IPS said Sri Lanka would be able to achieve most of the MDG targets by 2015.”However, there were regional disparities and it was the responsibility of policy makers and authorities to focus their attention on these areas. Suitable strategies should be formulated and implemented effectively, concentrating on the lagging regions,” he said.

The MDG Report was prepared by the IPS for the National Council for Economic Development (NCED) and was sponsored by the United Nations Development Programme (UNDP). 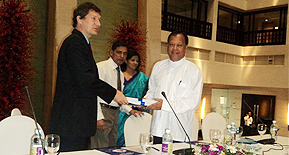