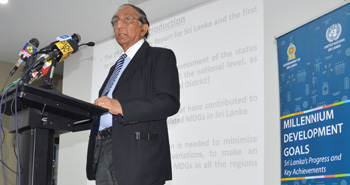 Launch of the MDG Country Report 2014

The Millennium Development Goals (MDG) Country Report 2014 was launched in Colombo, under the patronage of Deputy Minister of Policy Planning and Economic Affairs, Dr. Harsha De Silva. The report was compiled by IPS together with the Government of Sri Lanka and the United Nations.

Senior Visiting Fellow of IPS, Wimal Nananayakkara presenting the highlights of the report pointed out that “There are 44 MDG indicators in total, of which 27 have clear targets. Sri Lanka had achieved the targets for 13 of these indicators by 2012/13 (based on the available data) and 11 were ‘on track’ to be achieved by 2015. More recent policies and programmes related to MDGs have helped accelerating progress and achieve some targets well ahead of schedule.”

The report is based mainly on the most up-to-date Household Income and Expenditure Surveys, Labour Force Surveys, as well as the preliminary results of the 2012 Census of Population and Housing, all conducted by the Department of Census and Statistics. The report covers the entire country, therefore allowing comparison across the 25 districts, and providing policy makers with information to identify and support regions lagging behind. 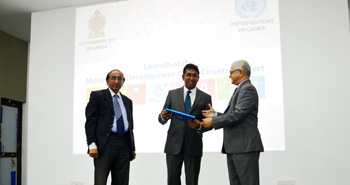 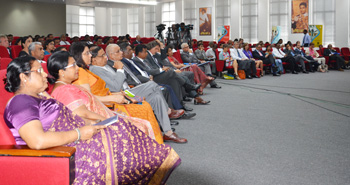 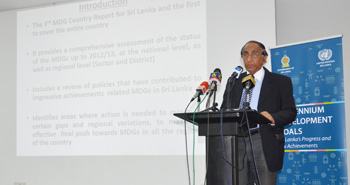