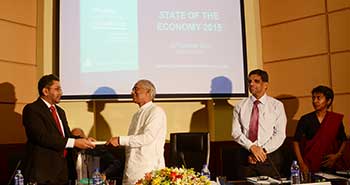 IPS launched its flagship publication ‘Sri Lanka: State of the Economy (SOE) 2015’ under the theme ‘Economic Reforms: Political Economy and Institutional Challenges’ at the IPS Auditorium. The IPS flagship publication was launched under the purview of the Deputy Minister of State Enterprise Development, Hon. Eran Wickramaratne as the Chief Guest, and the Secretary to the Ministry of National Planning and Economic Affairs, M I M Rafeek as a Special Guest. Former Central Bank Deputy Governor, W A Wijewardena provided a review of the report while IPS Executive Director, Dr. Saman Kelegama provided an overview and IPS Deputy Director, Dr. Dushni Weerakoon presented the key messages highlighted in the report.

The report points out the importance of initiating reforms with attempts to strengthen interactions between institutions, policy processes and policy outcomes and examines in detail the many interrelated reforms that touch on important policy areas. It points out that the environment in which many of these sorts of transitions take place is strongly influenced by broader factors such as the quality of institutions and governance in a country.  This year’s Report focuses on policy reforms on trade and investment, labour market, foreign employment, education, health, social protection, agriculture, and environment sectors.

IPS first published the State of the Economy in 1992, and the annual publication is widely distributed among policy makers, economists, universities, development partners as well as the private sector. ‘Sri Lanka: State of the Economy 2015: Economic Reforms: Political Economy and Institutional Challenges’ is available at the IPS premises and bookstores island wide.

For more pictures of the event visit us on Facebook. 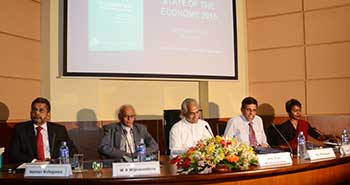 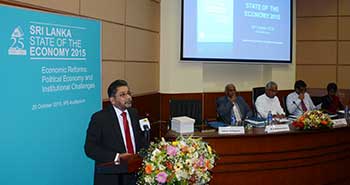 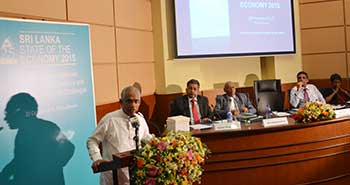 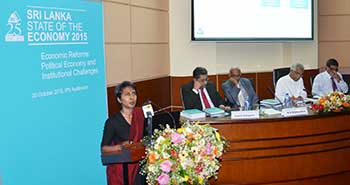 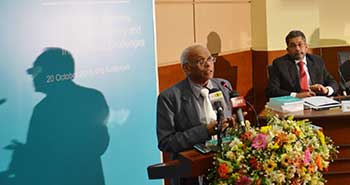