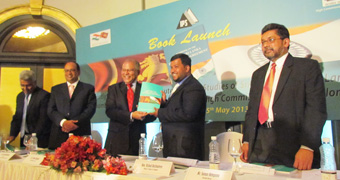 In an event jointly organized by the Indian High Commission and the IPS on the 15th of May, the ‘Handbook on the India-Sri Lanka Free Trade Agreement’, was launched in an effort to increase awareness of, and reduce misconceptions regarding the Free Trade Agreement signed between the two countries in 1998 (and came in to force in 2000).

Speaking at the event, Executive Director of the IPS, Dr. Saman Kelegama stated that prior to the launch of the Handbook, information with relation to the India-Sri Lanka Free Trade Agreement was scattered. This lack of a ‘one-stop-shop’ for information regarding the ISFTA was one of the main contributors to certain prevalent misconceptions held with regards to the FTA. He added that with this publication, the IPS hopes that, that gap would be filled. The Handbook, which was prepared by the IPS, explains the opportunities that exist for trade with India, and lists the mechanisms that could be used to deal with disputes that could arise in the process.

Handing over the first copy of the publication to Chief Guest at the event, Minister of Industry and Commerce, Hon. Rishad Bathiudeen, H.E. the High Commissioner of India, Ashok K. Kantha noted that the FTA has helped Sri Lanka increase its exports to India, while reducing the trade balance between the two trade partners. Going further to elaborate on the benefits of the ISFTA, he added that In the decade since it came in to effect, trade between the two countries has increased from USD 400 million to over USD 5 billion. 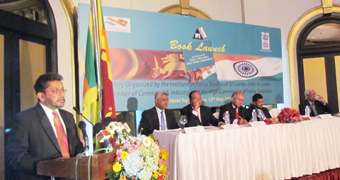 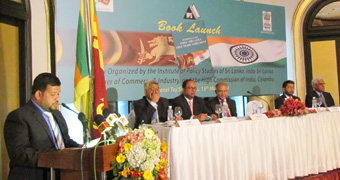 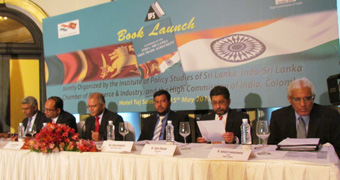