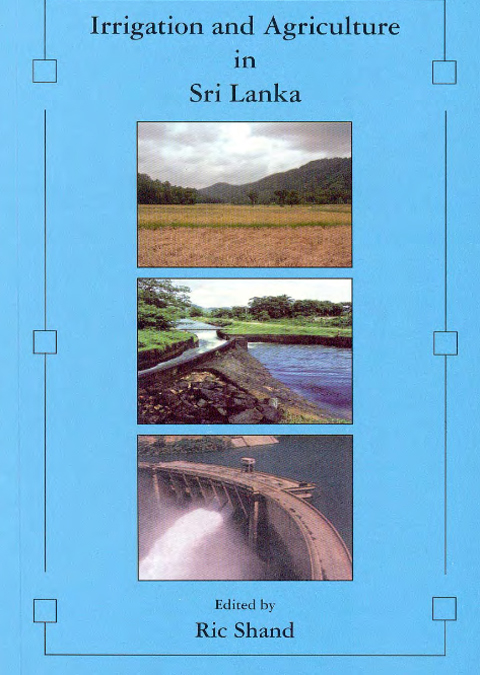 Irrigation and Agriculture in Sri Lanka

Since Independence, investment in irrigation has received high priority in the Public Investment Programme (PIP) in Sri Lanka . The proportion of public investment allocated or irrigation varied from 9 per cent to 40 per cent in the 1950-87 period. Being traditionally a predominantly agricultural economy, it is not surprising that such large allocations were made for investment in irrigation. Irrigation is an input that helps not only in the expansion of area under agriculture, but can also facilitate technological change and therefore help to increase productivity. Also, agro-climatically, Sri Lanka has an unusually favourable environment for exploitation of rainfall and cultivable land through irrigation. This study was originally completed in 1990, and since revisited and updated to year 2000. It examines the public investment in agriculture, giving particular attention to allocation of public investment within the irrigation sub-sector. An overview of the chapters is as follows: Chapter 1 introduces the topic. Chapter 2 gives a brief historical background on irrigation in Sri Lanka . Chapter 3 tracks investment in irrigation from 1950 to Year 2000, with particular emphasis on the period from 1979 to 2000 in the PIP. Chapter 4 reviews costs and returns of past irrigation schemes for which adequate data could be obtained, ranging from the largest river basin development schemes such as the Accelerated Mahaweli Development Programme (AMDP) to the smallest minor irrigation projects. Chapter 5 examines options for investment in irrigation, including new projects within and outside the AMDP, rehabilitation and modernization of existing projects, minor projects and ground water based irrigation systems. Chapter 6 comprises two parts. The first reviews Operations and Maintenance (O&M) requirements and the past record of fee collection in Sri Lanka under traditional systems of rice based irrigated agriculture. The second is concerned with O&M under modernized irrigation systems and more diversified irrigated agriculture. Chapter 7 examines the benefits and costs of rice based development and self-sufficiency with special reference to productivity levels in 1980 and prospective levels with planned expansion in irrigated area during the 1990s. Chapter 8 examines the prospects for diversification and the development of commercial agriculture. Chapter 9 updates the original study from 1990 to 2000. It examines agricultural performance and its major determinants in the 1990s and reviews significant development policy shifts in the 1980s and 1990s, concentrating particularly on those that have influenced outcomes in the agricultural and irrigation sectors. It ends with a brief consideration of prospects.
Table of Contents
• Foreword
• Acknowledgement
• Contents
• List of Tables
• List of Diagrams
• List of Maps
• List of Figures
• Special Terms, Acronyms and Abbreviations
• Contributors
• Introduction
• Historical Background
• Irrigation in Public Sector Investment Programmes 1950 to 2000
• Benefits and Costs of Past Irrigation Investment
• Option for Future Investment in Irrigation
• Operation and Maintenance Requirements of Irrigation Systems
• Benefits and Costs of Rice Based Agricultural Development
• Diversification and the Development of Commercial Agriculture
• Developments in Irrigation and Agriculture in the 1990s
• Annex 1
• References