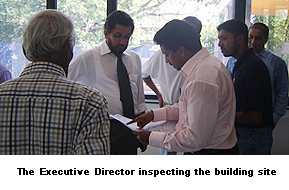 IPS entered into a contract with Millennium Information Technologies to implement a state of art IT infrastructure in its New Building Complex, currently nearing completion, at the Independence Avenue, Colombo 07, Sri Lanka.

The Executive Director of IPS, Dr.Saman Kelegama and the Executive Vice President of the MIT, Mr.Faiq Faaiz signed the contract on the 16th of April 2010 at the IPS head office.

At completion, the solution will support a state of art Secure Local Area Network with Virtual Private Networking Capability and provide a Unified Communication Solution and a Secure Wireless Network covering the entire office premises which will enhance virtual team working facilities for IPS researchers. The solution is expected to be completed by August 2010 and the implementation will be carried out by MIT.

Following signing of the contract, the Executive Director also visited and inspected the building site and gave the necessary directives to the Engineering and Implementation team. 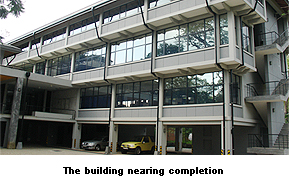 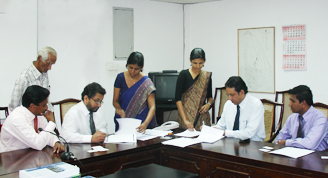