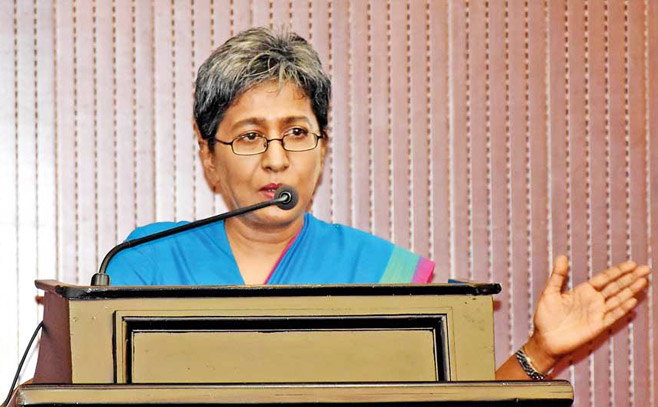 IPS Executive Director, Dushni Weerakoon, delivered the Fifth Gamani Corea Memorial Lecture, organised by the Gamani Corea Foundation, on the topic of ‘Sri Lanka’s Policy Dilemma on Debt and Growth: The Challenges for an Upper Middle-income Economy’, on 30 January 2020.

She noted that as an upper middle-income economy, Sri Lanka’s public finance benchmarks fall well below comparator thresholds, with the country’s debt-to-GDP ratio in particular standing at twice the average for middle income and emerging market Asian economies. In these circumstances, short term growth objectives need to be balanced with long term solutions. In the near term, Sri Lanka should set a measured pace for recovery, allowing the announced tax cuts to stimulate growth, with modest public investment targets. In the medium term, convincing measures to broaden and deepen the growth base through micro reforms aimed to lift productivity and competitiveness should be implemented.

Dr. Gamani Corea was the founder Chairman of the IPS and served in that capacity from 1990-2006.