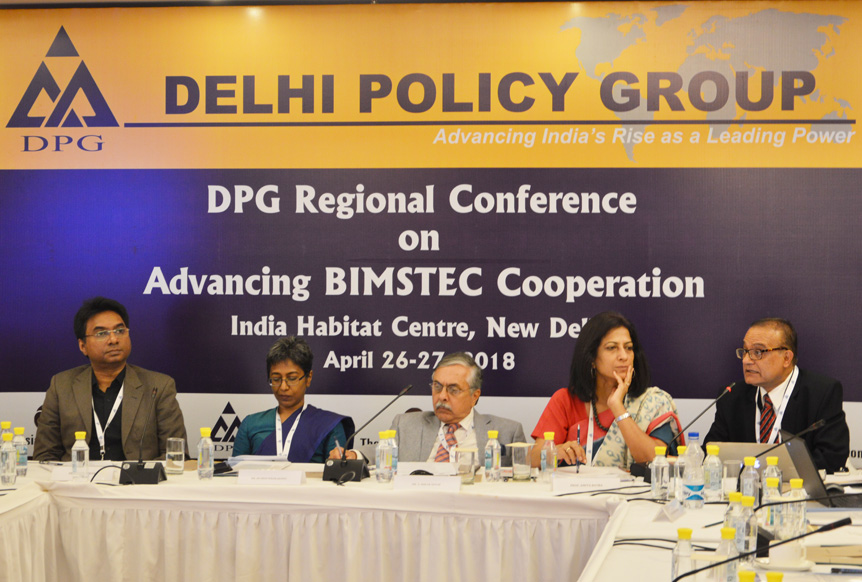 IPS Executive Director, Dushni Weerakoon, recently argued for a fresh rethinking of the proposed BIMSTEC Free Trade Agreement (FTA), given that the initial conditions under which trade and investment integration was conceived under the Framework Agreement of 2004 is much different to current national, regional, and global economic interests of the member states.

Dr. Weerakoon made these remarks while serving as a panelist at the session on ‘Trade and Economic Integration’ at a Regional Conference on Advancing BIMSTEC Cooperation, organised by the Delhi Policy Group (DPG) and The Asia Foundation, New Delhi on 26 – 27 April 2018.

The roundtable was organized as one of a series of discussions to be held across BIMSTEC countries to assess achievements and address the challenges that the initiative faces. As a follow up, recommendations for a two-year plan of action that sets out an implementation process and the likely challenges will be forwarded to the BIMSTEC official process.