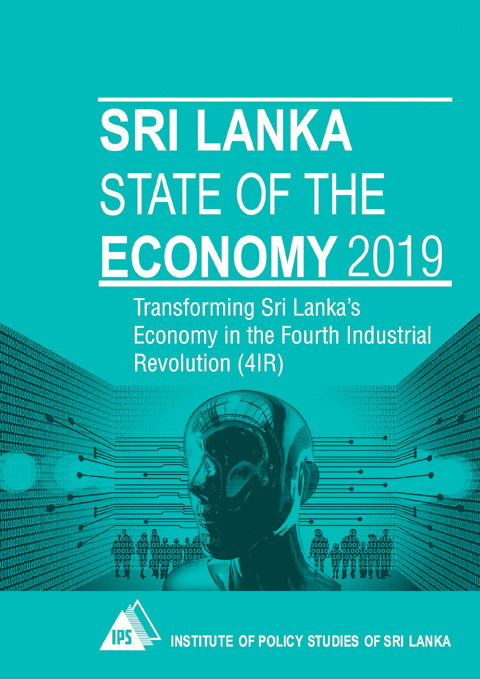 Despite significant gains from macro reform measures in fiscal, monetary, and exchange rate policy management from mid-2016, the overall positioning of the Sri Lankan economy in 2019 is weak, with the country making a painfully slow recovery after a series of setbacks, notes the annual, flagship report of the IPS.

It further points out that with 10 consecutive quarters of growth below 3.5 per cent — a significant laggard compared to the rest of the South Asian region — policy measures to revive growth will be at the top of the economic agenda, post-election.

While some delayed reforms have been implemented, these have gained little economy-wide traction. Attempts at reforms have also been met with stiff resistance from some quarters on concerns that a transformation process to ‘economic efficiency’ may come at the cost of equity. As Sri Lanka prepares the groundwork for a fresh phase of economic growth and development, new tools to assess and understand competitiveness must be heeded, the report cautions.

Transformative technologies such as artificial intelligence (AI), robotics, and 3D printing – under the banner of the Fourth Industrial Revolution (4IR) – are proving to be invasive, complex and disruptive. For countries with ageing populations like Sri Lanka, that must rely on productivity as a key driver of future growth, the challenges need to be understood and opportunities grasped.

In this context, this year’s Sri Lanka: State of the Economy 2019 report on the theme of ‘Transforming Sri Lanka’s Economy in the Fourth Industrial Revolution’ examines the many areas of the Sri Lankan economy – world of work, education, migration, gender, health, financial inclusion, trade, agriculture, and climate change, amongst others – where 4IR technologies will come into play as defining features of the country’s future economic progress.