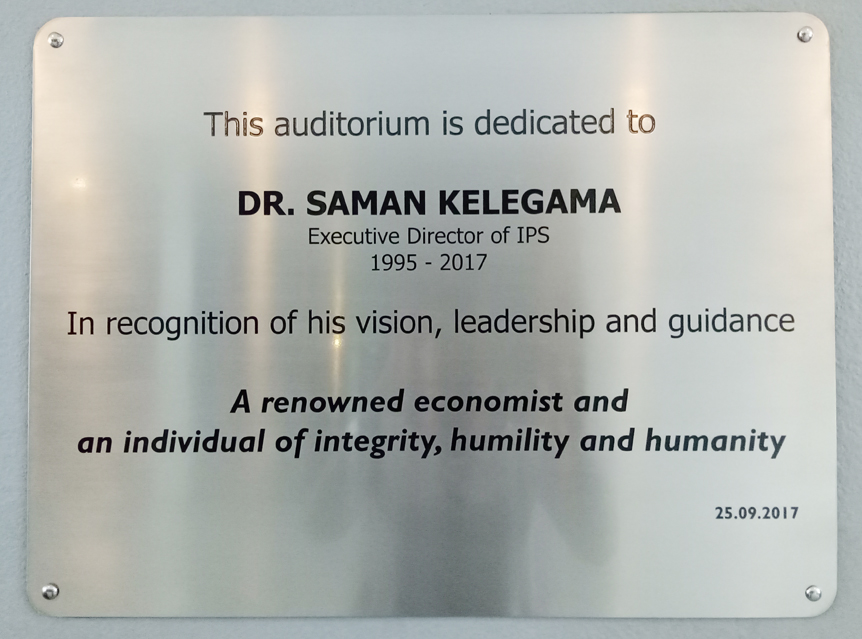 IPS on 25 September 2017 named its state-of-the-art auditorium as the ‘Dr. Saman Kelegama Auditorium’, dedicating it to its late Executive Director, in memory of his vision, leadership, and guidance to the IPS, especially in establishing the Institute’s Head Office at Independence Square.

The ceremony was attended by Dr. Kelegama’s wife, Mrs. Eranthika Sirimavo Kelegama and his two children, Chandana and Jayathri, as special guests, as well as the IPS staff.

Dr. Kelegama joined IPS as a Research Fellow in 1990 and was appointed its Executive Director in 1995, a role he held for over two decades, until his sudden demise in June 2017.  One of his key initiatives was to try and obtain land and funding to construct a permanent Head Office for the IPS. He worked tirelessly towards this end and succeeded in obtaining a gift of land from the Government of Sri Lanka and funding from the Royal Netherlands government. In 2010, the IPS shifted to its custom-built Head Office, housing not only its high-tech, 100-seat auditorium, but also library resources and conference rooms that have allowed the Institute to expand its research activities and hold countless seminars, conferences, stakeholder meetings, workshops, and training programmes.

A world-renowned economist and academic, Dr. Kelegama devoted his life to making IPS a center of research excellence and a leading regional think tank. The auditorium is dedicated to honour his memory and continuing legacy at the Institute. 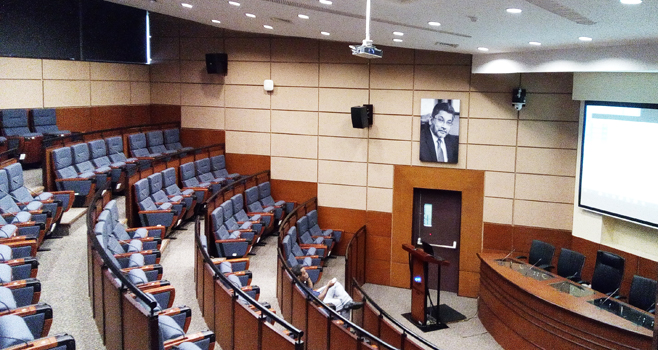