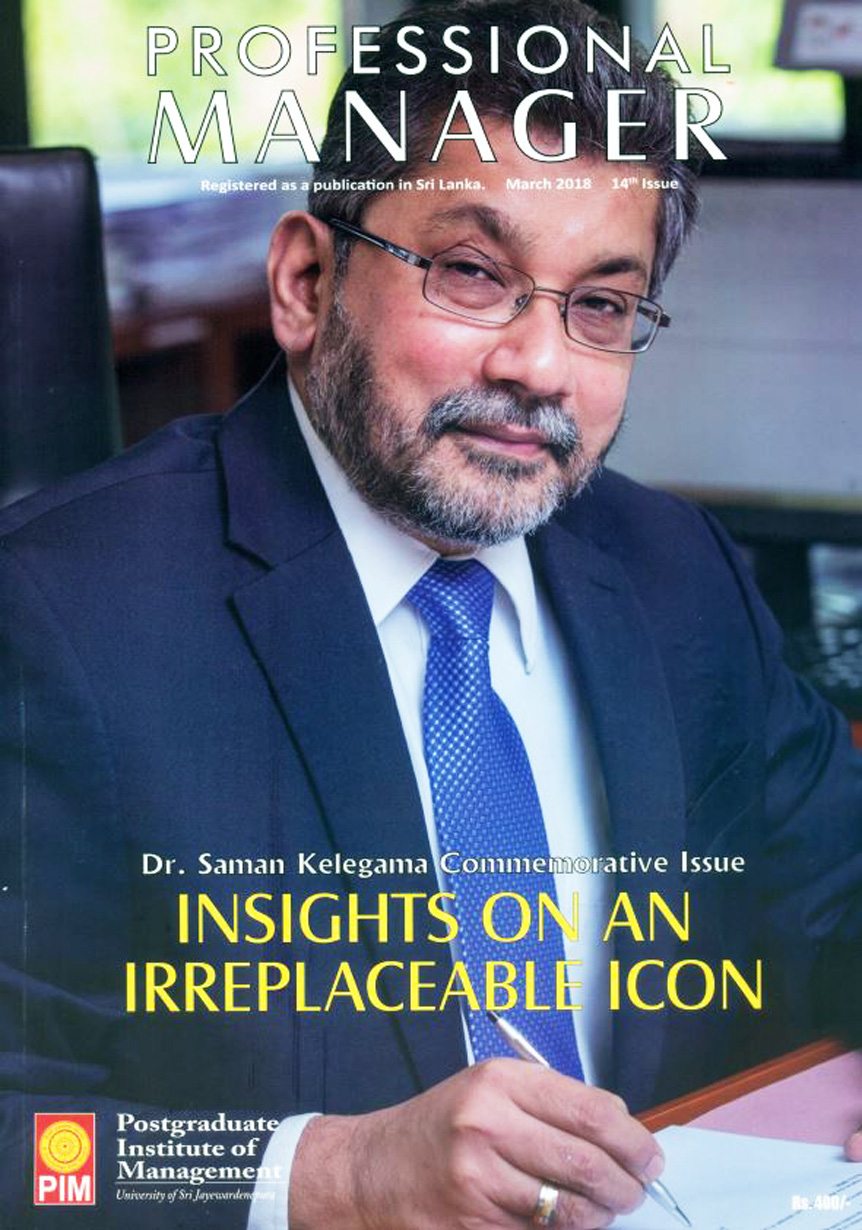 A special issue of the Professional Manager – a collection of articles commemorating the illustrious life of late Dr. Saman Kelegama – was launched on 03 April 2018 at the Dr. Saman Kelegama Auditorium of IPS. The magazine is a publication of the Postgraduate Institute of Management (PIM).

Delivering the welcoming remarks at the launch, Dushni Weerakoon, Executive Director of the IPS, noted that Dr. Kelegama was known for his modesty and humility, despite his towering professional achievements, among all those who crossed paths with him. He served as the Executive Director of IPS from 1995 until his untimely demise in June 2017.

“His loss is still felt as acutely today, as it was nine months ago,” she said.

Dr. Weerakoon also announced that IPS will be launching a research grant in his memory for a deserving university student in Sri Lanka on 06 April 2018.

A statement sent by Hon. Malik Samarawickrama, Minister of Development Strategies and International Trade, read out during the event, said that Dr. Kelegama was a “once in a generation individual.”

In his statement, the Minister also appreciated the immense contribution Dr. Kelegama made to Sri Lanka’s trade policy and reforms agenda, while remarking that his “track record of national and international research, his exposure to global trade policy debates, and his deep understanding of the Sri Lankan development context, made him the ideal resource person” to redirect Sri Lanka’s economy towards trade and investment-led growth.

He also noted that the recently signed Sri Lanka – Singapore Free Trade Agreement came into fruition because of the leadership and expertise provided by Dr. Kelegama as the Chief Trade Negotiator for Sri Lanka.

Speaking at the event, Wickrema Weerasooria, a member of the Board of Management of PIM, as well as the Chairman of the IPS Endowment Trust Fund, said that he shared a close relationship with Dr. Kelegama. Dr. Weerasooria recalled Dr. Kelegama’s dedication to IPS, making it his second home, and working tirelessly to ensure its independence and research quality through outputs such as IPS’ flagship report Sri Lanka: State of the Economy.

Dr. Kelegama’s wife Eranthika, son Chandana, and daughter Jayathri were the guests of honour at the event.

In his remarks, Chandana pointed out that Dr. Kelegama was not just his father, but a close friend, a role model, and a mentor.

“He was always a shoulder to lean on… And he made us see the world,” he said. 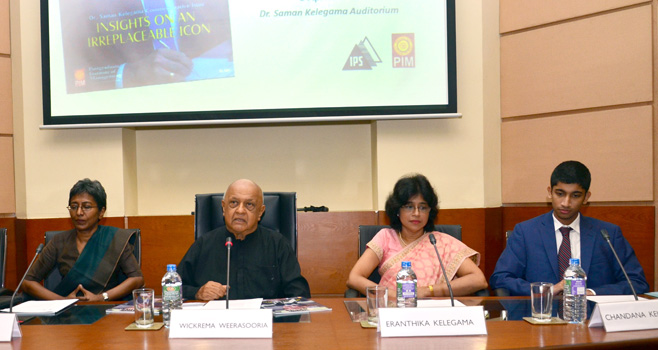 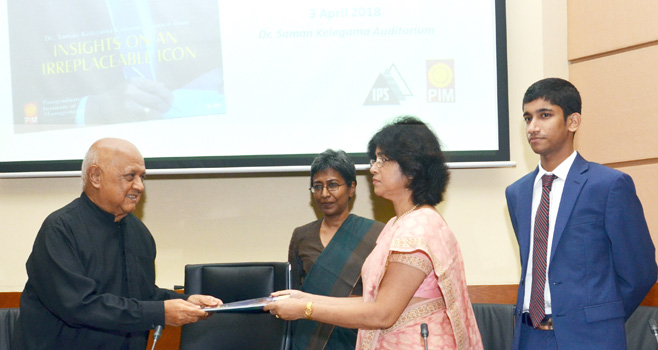 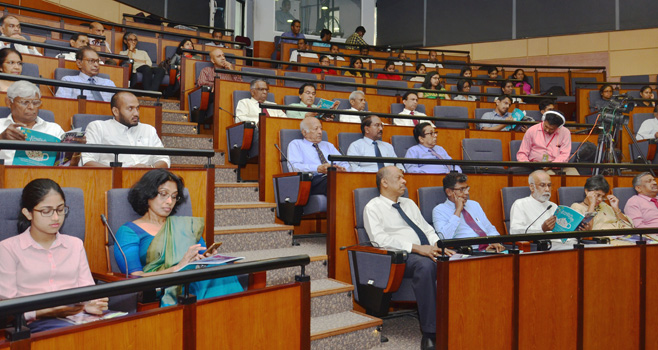