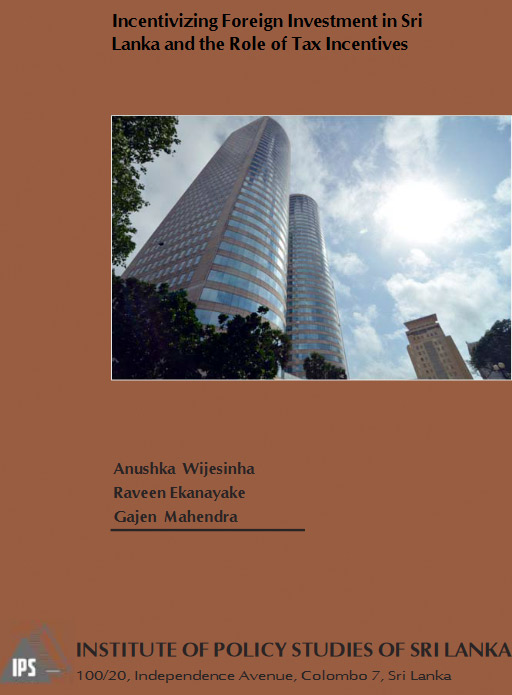 As post-war Sri Lanka gears itself towards sustained fast growth and achieving upper-middle income status, the importance of attracting greater investment from abroad – Foreign Direct Investment (FDI) – has risen to the fore. Although Sri Lanka has seen a steady inflow of foreign investment projects into the country over time, the record has been less than impressive when compared with many emerging economies. Like many developing countries, Sri Lanka has offered, and continues to offer, generous tax holidays and other tax-based incentives and exemptions to incentivize FDI inflows to the country. But it is widely acknowledged that they erode the government’s tax revenue base significantly. This paper argues that the key medium-term challenge facing the country is to find a balance between providing a competitive tax incentives regime to attract FDI and keeping tax foregone to a minimum in order to preserve domestic revenue. The paper also argues that aside from tax incentives, other factors like the trade policy regime, openness to international markets, the investment policy regime, and institutional and governance set-up, are important as well.