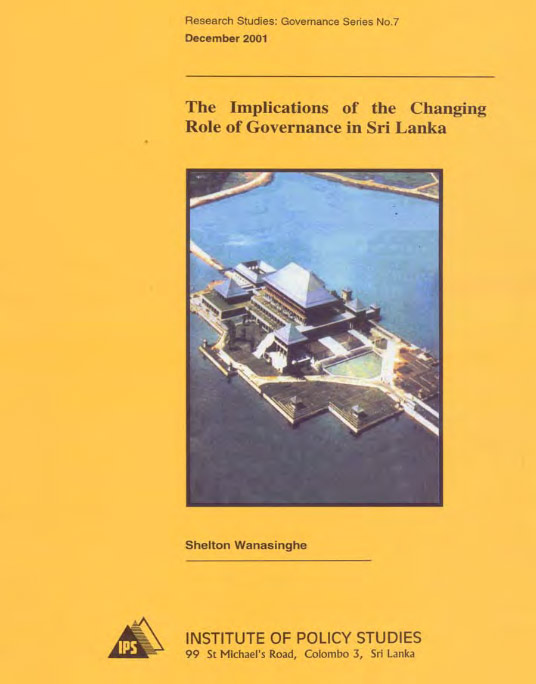 Implications of Changing Roles of Governance in Sri Lanka

All practitioners of public administration, however much they may attempt to avoid the issue, are confronted with the uncomfortable truism that their operational context – whether at the local, sub-national or national level – does not remain immutable over time. The nature and pace of changes, no doubt, vary. On occasions, cataclysmic events trigger radical changes. More often than not, changes evolve imperceptibly, over periods of time. Such changes, as they occur, may appear manageable within the ongoing administrative systems and their structures and processes. However, their cumulative outcome could be so far reaching that, sooner than later, it becomes apparent that the existing systems cannot effectively cope with the new demands. Often, such realisation comes too late; operational gridlock sets in; the new expectations go unfulfilled; the citizenry are affected by cynical apathy; and, worst of all, the society is affected by instability.