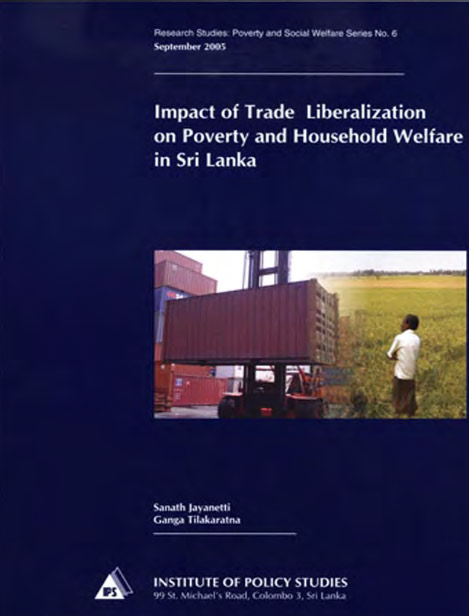 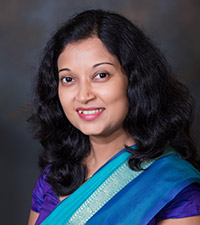 It is argued that economic growth is a necessary condition for poverty alleviation while a liberal trade regime is a prerequisite for sustainable economic growth. However, trade liberalization affects consumers and producers differently. While tariff reduction on imports may bring welfare gains to consumers, there would be many producers who are adversely affected by such trade policy reforms. Hence, this paper attempts to look at the impact of trade liberalization on poverty and welfare of households, with a special focus on the rice and potato sectors of Sri Lanka. Both a descriptive approach (for rice and potato sectors) and an analytical model (for the rice sector) are used in this regard. The paper also analyses various trade policy reforms undertaken during the last decade, and the extent and nature of poverty in Sri Lanka.

The descriptive analysis showed various trade policy reforms in rice and potato sectors during the last decade and their implications. The results of the analytical model showed an overall welfare improvement to the country (in the short run) from a tariff reduction on rice. Net welfare effect for all the income deciles is positive. However, the extent of gain for low-income deciles is higher compared to richer deciles. District level analysis showed welfare gains for all the districts except for two large-scale rice producing areas of Ampara and Polonnaruwa. Moreover, estate sector households had the highest positive welfare effect while the urban sector had the lowest (positive) effect. The rural sector showed a mixed effect depending on whether the households in the area/district, in general, are net producers or net consumers of rice.

The paper stresses the need to eliminate ad hoc trade policies and move towards a low uniform ad valorem tariff rate for rice and potato. Moreover, it highlights the importance of having both compensatory and complementary policies to minimize the adverse effects of trade liberalization on households, particularly those which affect the poor.

It is widely accepted that rapid and sustainable economic growth is a precondition for poverty alleviation, and a liberal and transparent trade regime is a precondition for sustainable economic growth. Trade reforms have long been used as a tool for promoting economic efficiency, developing new markets and achieving growth. Although trade liberalization may help to raise the average standard of living of the people in the medium to long term, such policies, at least in the short term, may have adverse effects on some segments of society. Those who lose from trade reforms might even be the poorest groups, who have fewer assets to draw on to protect themselves during hard times, and hence, are less able to absorb adjustment costs, than others.

Sri Lanka has been engaged in market oriented economic reforms for over 25 years and has made considerable progress towards achieving a more liberal trade policy regime. Moreover, it has achieved a high level of human development due to the heavy investments in social infrastructure by successive governments. Despite such progress, Sri Lanka has continued to have a high incidence of poverty over the last decade, with about 20-30 per cent of its population living in poverty. Insufficient economic growth and redistributive effects have largely contributed to this situation.

In this paper, an attempt is made to analyze the impact of trade liberalization on poverty and household welfare in Sri Lanka with special reference to the rice and potato sectors of the country. First, a descriptive approach is used to analyze the trade liberalization/ policy changes in these two sectors that took place during the last decade and their implications. Next, an analytical model (simulation exercise), is used to look at how a tariff reduction on rice would affect poverty and welfare of households in Sri Lanka.