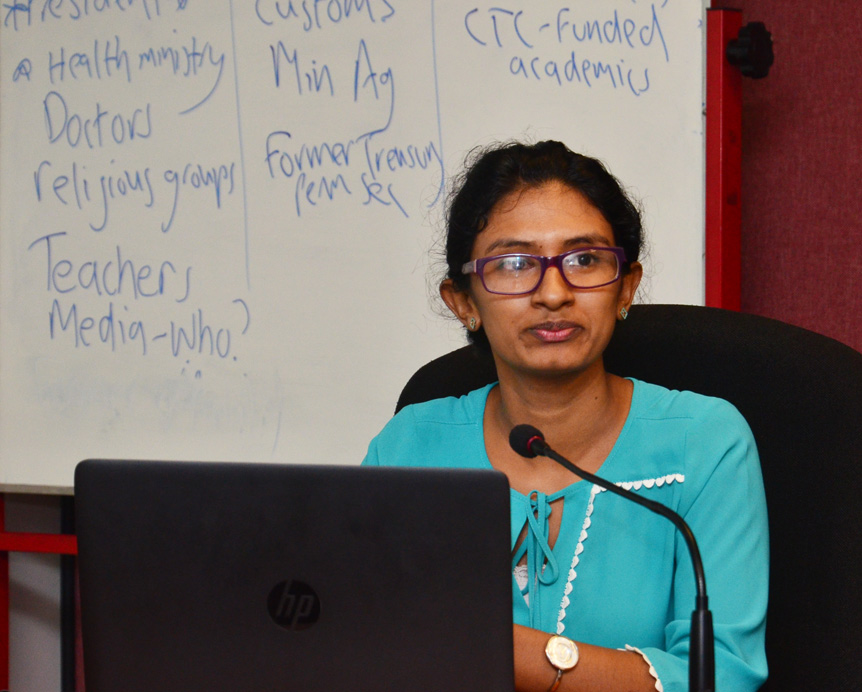 The first recipient of the Saman Kelegama Memorial Research Grant 2018, Thisali de Silva, recently presented the preliminary findings of her research at IPS. She was awarded a one-time research grant of Rs. 150,000 to carry out her research into the tuktuk culture of Sri Lanka and a six-month internship at the IPS last year.

During her presentation, she busted several myths pertaining to the three wheel market in Sri Lanka. Ms. De Silva noted that most three wheel drivers in Sri Lanka are males of about 30 – 40 years of age – not youth as is popularly believed. Moreover, her research estimates show that there are only 235,000 tuk-tuk drivers providing a taxi service in the country – much less than the commonly assumed ‘one million’ figure.

The research was carried out using secondary data from the Labour Force Survey (LFS) of 2016 and 14 primary interviews with selected three wheel drivers. A descriptive analysis approach was adopted.

The Saman Kelegama Memorial Research Grant is an annual, merit-based grant awarded to an outstanding undergraduate studying in a university in Sri Lanka. The grant aims to promote policy entrepreneurship among undergraduate students by encouraging policy relevant, rigorous, and innovative socio-economic research.

Allowing Youth to Tuk-Tuk or not Tuk-Tuk: Should Access to Three Wheeler Market in Sri Lanka be Regulated?