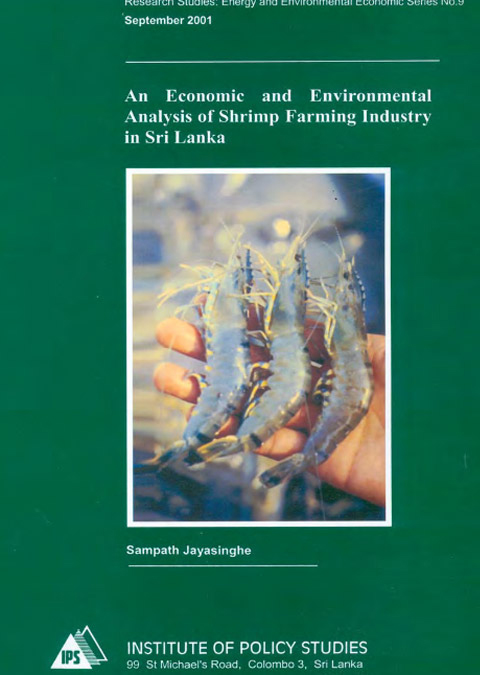 This paper discusses the benefits of intensive farming of the giant tiger prawn Penaeus monodon in Sri Lanka in relation to the environmental costs. Shrimp farming has developed from scratch to a formidable position in terms of the volume and value of output and its contribution to the country’s foreign exchange earnings, within a short time span of one and a half decades. The shrimp farming industry has gradually developed into a position of pre-eminence within the fisheries and aquatic resources sector. The industry has generated 8,000 direct employment while around 40,000 people have benefited from direct employment created by shrimp farming in rural areas. The industry has contributed significantly to the development of the physical and social infrastructure facilities in the coastal villages in the NWP.

The expansion of the shrimp industry in the NWP, while bringing economic benefits, has also created environmental problems. After years of uncurtailed exploitation, the renewable resources and productivity of the coastal ecosystem in the Puttalam district have come under severe strain. Destruction of the mangrove resources, declining water quality of waterbodies in the shrimp farming zones, salinization of soil and water, indiscriminate disposal of solid waste, excessive extraction of groundwater and self pollution have contributed to environmental degradation and a decline in natural productivity of the area.

There is much resentment on the part of the local community, as their traditional user rights are no longer respected and their legitimate beach-based activities have been hampered by the shrimp industry. Consequently, several resource user conflicts have emerged and these have been accompanied by much social strife in the area. The current situation with shrimp farms in the NWP can be seen as yet another example of the state allowing and assisting in common property resources being converted into private property. The paper concludes with recommendations for improving the North Western Province and general recommendation for a national shrimp policy.