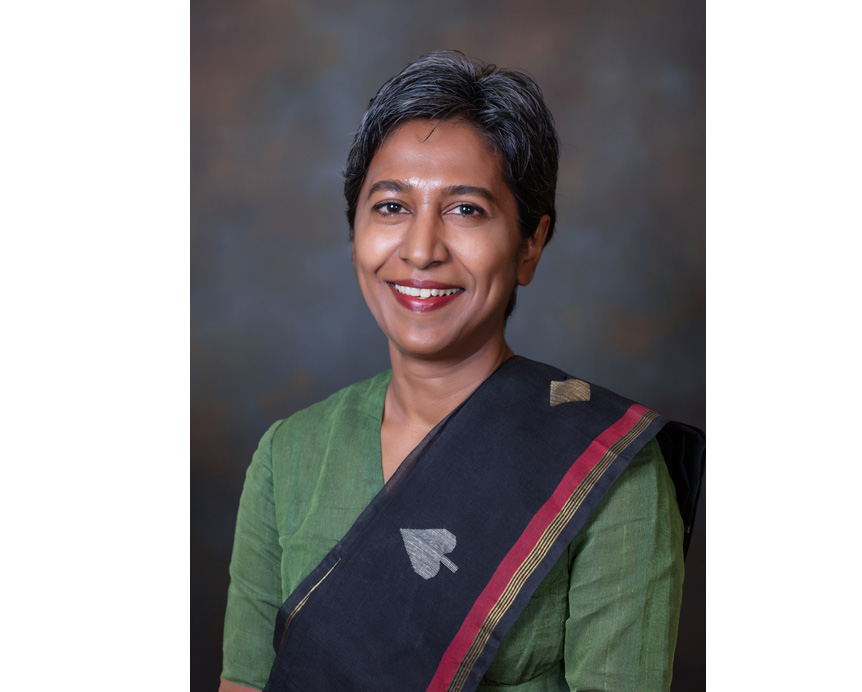 Dr. Dushni Weerakoon has been appointed as the Executive Director of the IPS. She succeeds renowned economist, late Dr. Saman Kelegama, who passed away in June this year.

Dr. Weerakoon has over 23 years of experience at the IPS, and has been functioning as its Deputy Director since 2005. Her research and publications cover areas related to macroeconomic policy, regional trade integration, and international economics.

She has worked as a consultant to international organizations such as the Asian Development Bank (ADB), the World Bank, the United Nations Economic and Social Commission for Asia and the Pacific (UN-ESCAP), the United Nations Development Programme (UNDP), and the International Labour Organization (ILO), and as a resource person on the Asia-Pacific Regional Trade Policy Course conducted jointly by the World Trade Organization (WTO) and University of Hong Kong (2003-2006).

Dr. Weerakoon also serves on the Editorial Board of the Journal of South Asian Development, and is the Editor of the IPS’ annual flagship report Sri Lanka: State of the Economy. She also served as an Independent Non-Executive Director on the Board of the Nations Trust Bank (2007-2016), and Centre for Poverty Analysis (2008-2014).