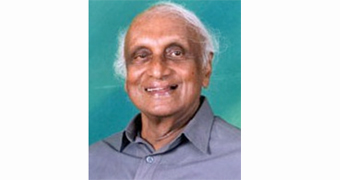 Dr. Gamani Corea, former Chairman of the IPS (1989 – 2006) passed away on 2nd November, 2013. Dr. Corea was the founder Chairman of the Institute and played a key role in steering the IPS in its formative years. He strongly believed in intellectual dialogue and wanted IPS to keep promoting the economic policy dialogue among the professionals and other stakeholders to bring about necessary policy changes in the Sri Lankan economy.