Different Approaches to Migration and its Impacts: A Sri Lankan Perspective

Sri Lanka has been experiencing a steady growth in remittance inflows over the last three decades. With an estimated one million temporary workers abroad – many of whom remain as unskilled female labour – remittances have come to account for nearly 8 per cent of GDP, providing an important flow of income for poorer households. The economic benefits to the country at the macro level are many. Nonetheless, the impact of remittances on household welfare remains unclear. The primary focus of the study will be to assess the types of households receiving migrant remittances, and examine the equalizing effects of remittance incomes. Choosing a variety of household level socio-economic indicators, the study will also examine the impact of remittances of households. Migrant remittances provide governments with an important source of finance for development. Ways and means of enhancing the money transfer systems remains a key area of concern, given estimates that suggest that unrecorded remittances may conservatively add as much as 50 per cent or more to those recorded. As formal channels open up paths to savings and investments, remittance receiving countries have to devise the most effective mechanisms to increase remittances in ways that will allow governments to maximize their development potential. 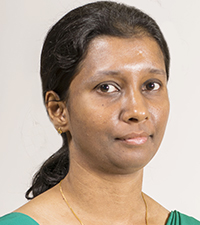