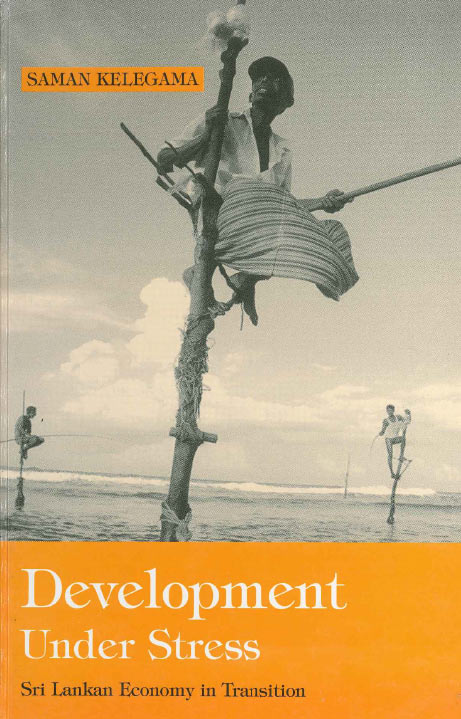 This book examines various impediments faced in the development process and implementation of reforms in Sri Lanka, particularly after economic liberalization in 1977. The book maintains that it is a case of development under stress where the outcome has been far below the country’s potential. The book describes key features of the Sri Lankan socio-political and economic system that prevented the country from achieving higher levels of economic growth. It explains why it could not match the economic achievements of South Korea and Malaysia– countries that had similar per capita income levels to that of Sri Lanka in the 1950s.

The volume consists of 14 chapters, which are divided into five parts. The volume begins with an introductory chapter.

3. Stabilisation and Adjustment: A Second Look at the Experience of 1977-93
4. Does Leadership Matter in the Economic Reform Process? Liberalisation and Governance during 1989-93?

5. The Economic Cost of the North and East Conflict
6. Free Float of Currency, Budget 2001, and the IMF Package: Managing the Economy During Turbulent Times: 2000-2001
7. Managing the Economy at a Time of Terrorism and War and Prospects after the 2002 Ceasefire Agreement
8. Transforming the Conflict Using an Economic Dividend: The Experience during 2002-03

13. Structural Adjustment and Employment Creation
14. The Poverty Situation and Policy

“The inputs are precise, with careful analysis providing back up wherever necessary”

Development Alternatives, October 2007 -Sri Lanka is credited with being the pioneer of economic liberalization in South Asia.

“The Tragic Political Economy of Sri Lanka”
One cannot think of the economy as homogenous: Lord Meghnad Desai

Confluence, Vol. 6, No 3, May/June 2007 – This book is a collection of 14 articles written between 1977 and 2002 by the distinguished Sri Lankan economist Saman Kelegama.

Journal of Rural Development, Vol 26, No 1, January-March 2007 – In recent years Mr. Saman Kelegama has brought out a series of research publications on Sri Lankan economy, its development polices and experiences.

Polity, Vol. 4, No.1, 2007 – A leading economist in the country, providing leadership to Institute of Policy Studies, the author of the book has already established his mark as a critical commentator on important and topical issues in economics.

Sunday Island, 24 December, 2006 – Dr. Saman Kelegama is a prodigious researcher who has published his work extensively both in Sri Lankan and foreign journals.