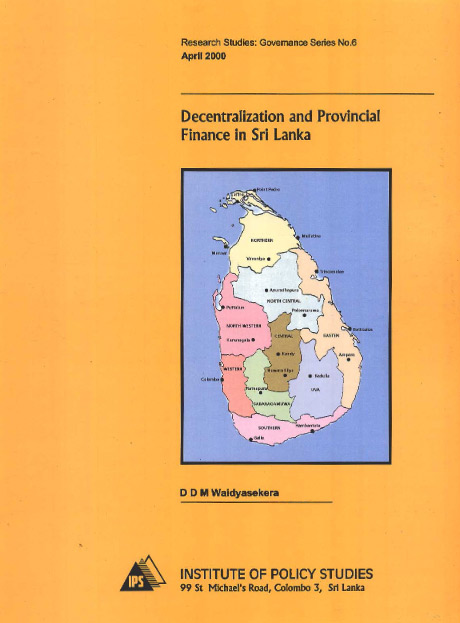 Decentralization and fiscal devolution have assumed importance in Sri Lanka particularly in the context of the ongoing ethnic crisis, but Provincial Council system which arose from the Thirteenth Amendment to the Constitution has several inherent weaknesses and deficiencies.

The paper also discuses the taxation and fiscal changes including the concept of revenue sharing, envisaged in the Government’s Proposals for Constitutional Reform and whether they would correct the existing problems of weak fiscal management and control.