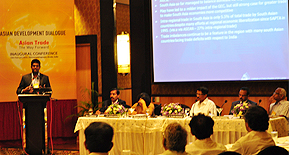 Anushka Wijesinha, Research Officer, IPS made a presentation on “2010 and Beyond: Asia, South Asia and Sri Lanka” at the conference “Asian Trade: The Way Forward” organized by the Asian Development Dialogue held in association with the Department of Industries & Commerce, Government of Kerala, in Trivandrum, India on 13th February 2010.

The discussions centered around the prospects for Asian countries of a recovery from the global economic crisis, the need for greater cooperation in South Asia to leverage on the growth of India and East Asia and India’s increasing role in the evolving international trade scenario.

The conference was chaired by Hon. Sashi Tharoor, Minister of State for External Affairs of the Government of India and former UN Under-Secretary General. 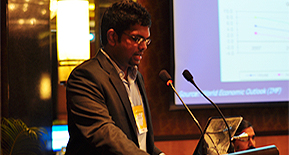