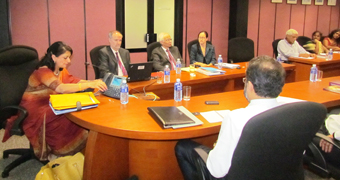 The IPS, together with the World Bank, hosted a brainstorming session on the next edition of the World Bank’s South Asia Development Matters flagship report series on ‘Equity and Human Development in South Asia’ at the IPS Conference Room on 1st March 2012.

John Newman, Lead Economist, World Bank, the lead author of the new report, led the brainstorming along with Kalpana Kochhar, Chief Economist South Asia Region, World Bank. Leading economists and academics participated in the session, aimed at providing feedback on the current approach to the report and generate a Sri Lankan perspective on the issues that need to be covered in this next flagship report. Several IPS researchers including the Executive Director and Deputy Director participated as well, and provided valuable inputs. 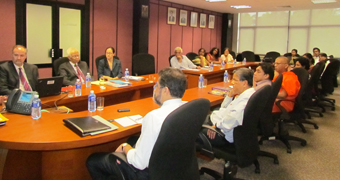